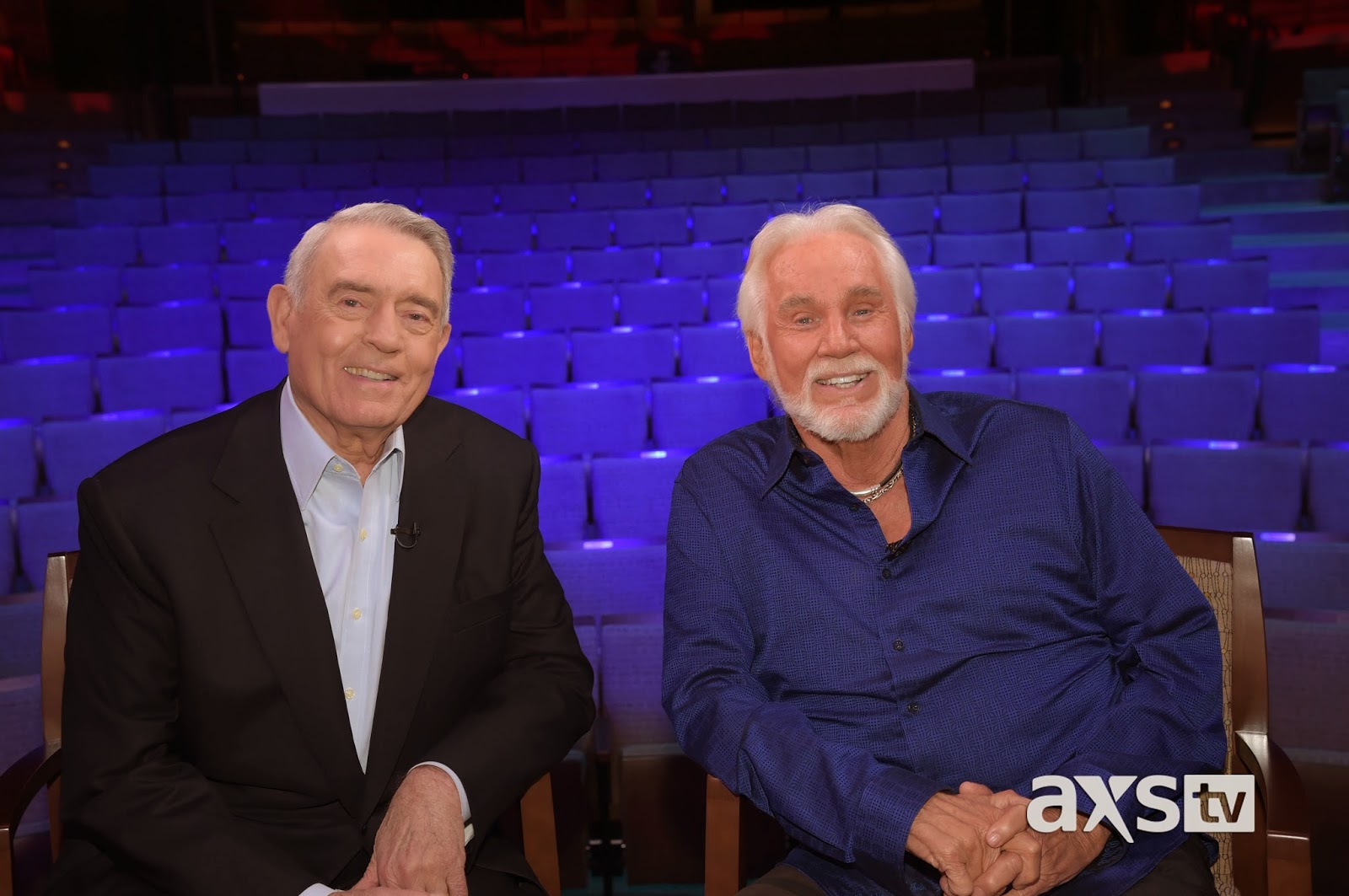 In the hour-long interview, filmed on stage at Nashville’s Country Music Hall of Fame® and Museum to commemorate the opening of the career-spanning exhibit, Kenny Rogers: Through The Years, Rather questions Rogers about his start in the music industry as a jazz musician and chronicles his path from that auspicious start to becoming a country music icon. Throughout the interview, Rogers provides heartfelt answers about his humble beginnings, his love for a good story in a song and fondly recalls his mother’s pearls of wisdom that he still follows today.

Rather covers all major aspects of Rogers career from his early days as a singer/bass player with his high school doo-wop quartet the Scholars, the jazz trio the Bobby Doyle Three, folk rock group the New Christy Minstrels and country/rock band the First Edition to what led him to start his solo career. Additionally, the two Houston natives talk at length about the history behind the GRAMMY® Award-winning Song of the Year “The Gambler” and his success performing duets with established artists such as Lionel Ritchie and Dolly Parton.

Truly one of the most influential country music artists of all time, Rogers is still performing nearly 100 shows a year in front of live audiences worldwide, packing stadiums and venues with fans that have enjoyed his music for decades. Rogers accolades include charting a record in each of the past seven decades, recording 24 No. 1 hits and 12 No. 1 albums, and being one of the highest selling artists ever, with over 120 million albums sold worldwide (one Diamond album, 19 Platinum albums, and 31 Gold albums).  A trailblazing artist, Rogers was the first country artist to consistently sell out arenas and quickly became a pop superstar as well – his 28 Billboard Adult Contemporary Top 10's is fourth-best all time among men, trailing only Elton John, Neil Diamond, and Elvis Presley.

Posted by LovinLyrics at 7:29 PM