"WAY BACK WHEN" WEDNESDAY - "PLEASE COME BACK TO BOSTON" - DAVE LOGGINS 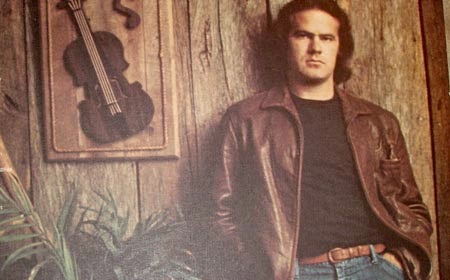 We’re reaching way, way back this Wednesday… Digging through and dusting off the cassettes back. Although a song everyone’s familiar with, it’s been covered by many great artists over the decades. My personal favorite cover is Kenny Chesney’s live version off his 2004 “When the Sun Goes Down” deluxe album. Indeed, it is Dave Loggins’ “Please Come to Boston.”

Penned by Dave Loggins as well as sung by him, “Please Come to Boston” has been a nomadic anthem since its mid-70’s arrival. Unlike many of those who have covered it, the original has more of an old rock and roll hippie sound combined with country ... a John Denver and Lennon combined sort of sound perhaps. It’s always so interesting to hear how influenced by their surroundings the eras of music have been. The original 1974 version of “Please Come to Boston” has always sounded the best, as nobody sings it like Loggins does. Perhaps because it’s the version many grew up with and are most familiar with. Perhaps because listening to the original, you can see why so many have chosen to cover it. A few famous names that are “The number one fan of the man from TN” are: Reba, Tammy Wynette, Willie Nelson, Glen Campbell and Kenny Chesney.

"Please Come To Boston" ... a song to remind us of the less-sung about but all too real parts of travel, and one that always inspires such interesting stories.

Posted by LovinLyrics at 3:49 PM