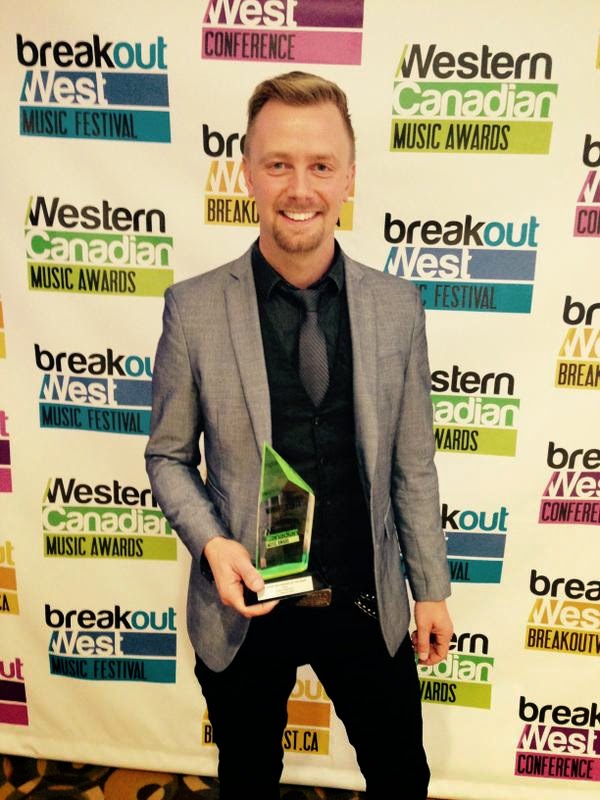 His latest album "All Kinds of Crazy" was chosen from a category that included nominees Dallas Smith, Gord Bamford, Whiskey Jane, and Matt Patershuk.

"Words cannot describe the feeling of gratitude when I heard my name called on Sunday evening. I have such an incredible support system that includes my music team, wife, family, and all my fans! This would not have been possible with out them" Prevost said Monday.

"All Kinds of Crazy", Prevost's fourth album, was released independently in March. It was produced by Tom McKillip (Aaron Pritchett, One More Girl) and recorded at Studio Downe Under in Abbotsford and Armoury Studios in Vancouver.

It's the Archerwill, SK native's first WCMA. "All Kinds of Crazy" was also nominated for "Album of the Year" at the 2014 Canadian Country Music Association Awards.

The WCMAs honour musicians from B.C., Alberta, Saskatchewan, Manitoba, the Yukon and the Northwest Territories in a variety of genres. Prevost accepted the award at a ceremony in Winnipeg.

Prevost would like to acknowledge SaskMusic, Factor, Creative Saskatchewan, and the Saskatchewan Arts Board for their support on this project. He would also like to thank everyone involved in the making of "All Kinds Of Crazy".

"...three time CCMA nominee Codie Prevost's fourth album is a keeper; one that has been added to my coveted "no skips" collection. What does that mean? It means this is one record you will listen to straight through because there is not a bad song on it."


"With the release of his 4th album All Kinds of Crazy, 3-time CCMA nominee Codie Prevost continues to go above and beyond and out do his past efforts to deliver a solid 8-song album."


"...apart from the great songwriting and singing, the production is just so well-rounded, flawless, and captivating, that it's hard to resist!"