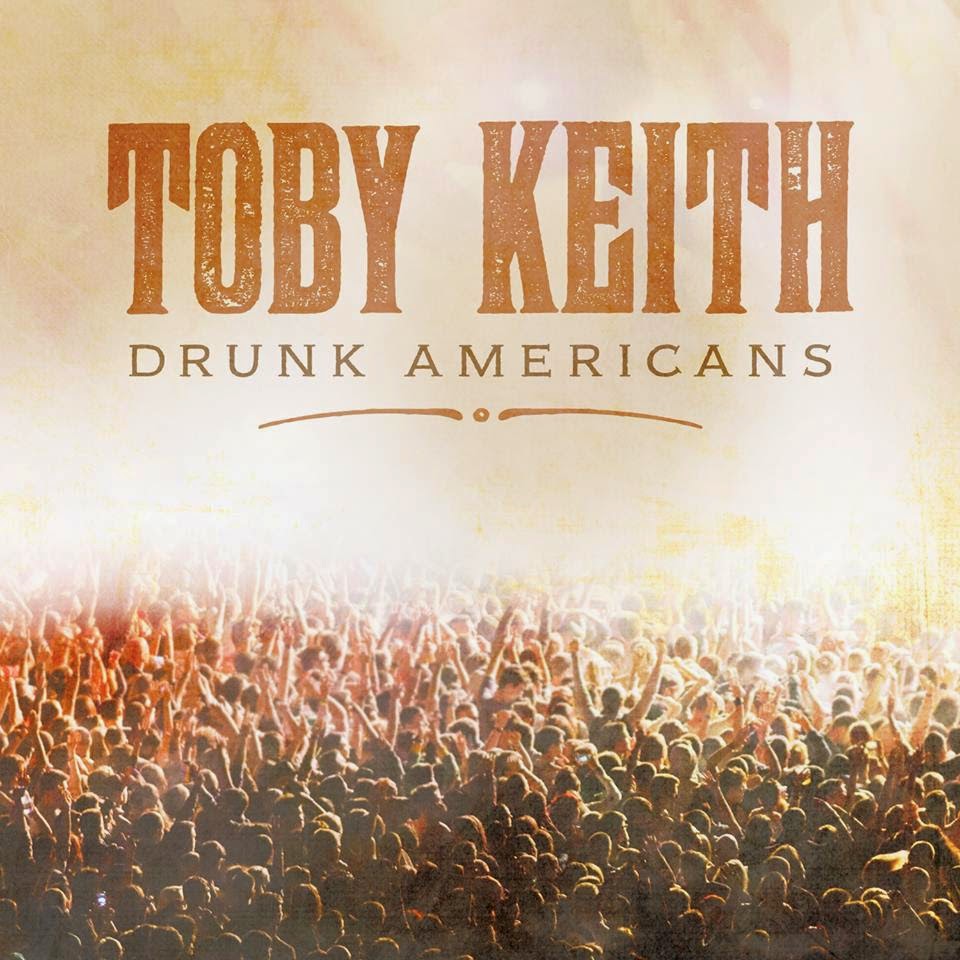 (NASHVILLE, Tenn.) Singer, songwriter and entertainer Toby Keith is making a splash with brand new music timed to wet the whistle of fans with his latest track "Drunk Americans," which releases to country radio and will also be available everywhere for digital download on October 14.

Written by Brandy Clark, Bob DiPiero and Shane McAnally, the song celebrates those communal moments when glasses go up and the barriers that separate us all come down. "We ain't east, we ain't west. We ain't left, we ain't right. Ain't black, we ain't white ... we just came here to drink," Keith sings as the tune opens, cheering the folks who "all sing it wrong ... but we all sing along."

Also today (10/6), the #DrunkAmericans Challenge launched on tobykeith.com. Over the next four weeks, fans can enter multiple times

by completing tasks such as sharing a tailgate photo on Instagram, tweeting their favorite lyric from the song and listening to "Drunk Americans." Prizing includes a custom Toby Keith beer pong table, cornhole boards, Yeti cooler and a tailgating tent.

Like his unparalleled catalog of chart-topping music, Toby's new single will fuel a powerful machine that includes acclaimed albums, standing-room-only tours (such as his ongoing Shut Up And Hold On Tour Presented by Ford F-Series) and extended business ventures such as his Wild Shot Mezcal. But such successes pale next to Toby's passion for helping children through his foundation and his tireless work in support of America's fighting men and women.

Toby Keith's Shut Up And Hold On Tour, Presented by Ford F-Series (dates subject to change):