SINGLE: "Good On You" 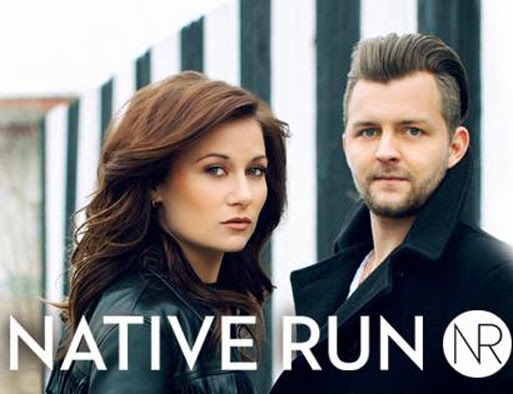 Native Run’s debut single “Good On You” is a fun, feisty song. If you haven’t heard of Native Run yet they’re a duo comprised of Rachel Beauregard and Bryan Dawley. They co-wrote “Good On You” with Steve Moakler, who has previously written for both Dierks Bentley and Jake Owen. Rachel starts out singing and Bryan follows with background vocals and guitar strumming. Native Run has already released a very creative yet simply done lyric video, as well as an itunes EP. A song that will at the very least, make you smirk and withdraw your hand from that dial. The premise is Rachel waiting quite impatiently for a guy, then finally going for it and saying “I think that I’d look good on you.” Original with a tongue-in-cheek sense of humor, this is a type of writing I like to see abounding. While there are many forms to be lauded, especially in country music today, this isn’t trying to be serious, nor is it sappy, nor is it drivel. No political gambit here, it is simply a rather humorous song to remind us of the lighthearted pursuit of a latest mate. No timeline specified, nothing more than the moment where you see someone attractive and what response that evokes. In other words, that boy is cute I shall speak to him now. This is aptly summarized by the lines below:


“I don't have to know your name

To know that we'd look good in a frame

I don't mean no harm by it

What do you say lets try it.”

As Rachel sees the guy who piques her interest, she starts thinking of things that just naturally look good together. Nothing else in this song is mentioned, merely her venturing towards the cute boy along with what she possibly will say or has said to him. “Playful curiosity” is the phrase I would use to describe this song. A refusal to remain coquettish and Native Run’s combined vocals make this song one I want to hear more often.