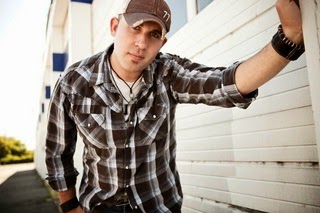 The sounds of Hank Williams, Dolly Parton and Conway Twitty had always resonated through the walls of KeithWalker's California childhood home, yet it never quite clicked that it was his calling in life until he saw his brother go through the intense pain of watching his high school girlfriend fall in to a coma after a car accident. Watching someone who he always looked up to experience so much pain and seem so vulnerable led to an eye opening experience, as the one thing that made him feel better, was a song. Tim McGraw’s “Don’t Take The Girl” allowed his brother to show the emotion he was never able to find the words to do so himself. “For the first time I saw the power of country music, and how true to life it really is. I was hooked.”

The radio never left the country dial, and with every song he heard, he knew more and more that this was what he was supposed to do with his life. Fast forward a few years, Keith and his guitar made their way to Nashville, and that “love” truly began to develop.

Keith spent his days in class getting his degree at Middle Tennessee State University, but his nights were filled with music… dragging his guitar around town, writing non stop and playing shows anywhere they would let him in so he could hone his energetic “keep em’ on their feet” live show. With every passing gig, every new song in his journal, it became more clear that this is what he was meant to do. Having any other career path would feel forced.

The same mindset goes along with his songwriting. “When I sit down to write a song, I always do my best to make it as real and true to myself as possible.” That honesty and emotion runs throughout Keith’s catalog and sits at the forefront of his debut EP, "Miles From You", released in April of last year.

Pick up your copy of  Keith's EP ,"Miles From You", on iTunes and Amazon.

Posted by LovinLyrics at 8:50 PM