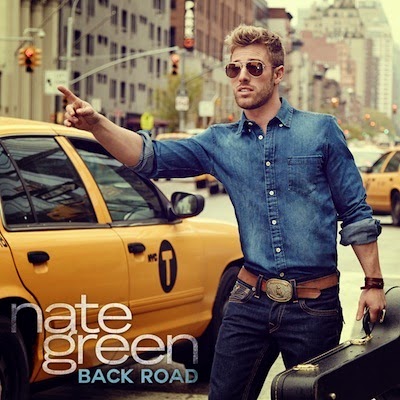 (Nashville, Tenn. – Nov. 21, 2014) – Country newcomer Nate Green is releasing his much-anticipated, debut EP, Road Map, on Jan. 13, with a pre-sale date of today, Nov. 21. “Back Road,” the new focal track off of Road Map, and “Wild & Free” will be available for download following the pre-sale purchase. An official music video for “Back Road” has been shot and will be released in the coming weeks.

A true musician, Green traveled the world to study how music differs in various cultures and which instruments are prominent in various regions and why. His journey took him to Germany, Switzerland, France, Spain, Mexico, New York, Miami, L.A. and Nashville, which gives his music a truly unique sound. Road Map was written, recorded and produced during Green’s travels and is highly anticipated by his growing national and international fan base.

In addition to his musical sabbatical to perfect his craft, Green also single-handedly penned each track on the new EP.

"When I set out on my travels to complete this EP, I really just wanted to take in as much music as I possibly could and immerse myself in each culture. I learned so much about music and got a whole new perspective on what it means to 'be an artist,' and I'm so thankful that I got to have that experience while I was writing the new music," comments Green.

Green comments of the new track, “The song [“Back Road”] is a progressive journey taking you away from the bright light, fast-paced city life, and showing you the way I live; the way I grew up in the country. The sound itself is as much of a contrast as the city is to the country. It's a fun song and a defining moment in my writing career.”

2014 proved to be an exciting start to the newcomer’s career as he was featured on ZUUS Country’s On The Rise in September and was added to the network’s “Country Hunks” playlist. Additionally, Green was named one of the “10 Hottest Guys You’ve Ever Seen in Country Music” by Teen.com.

A seasoned performer and entertainer, Green has already opened up for acts such as Little Big Town on their A Place to Land Tour, Dierks Bentley, Zac Brown Band and Latin sensation Gloria Trevi at the Auditorio Nacional in Mexico City.

3. Wake Up In Manhattan