"His sound is polished and modern — a little bit Jason Aldean, a little bit Eric Church — Gunn’s songwriting is where he shows his love for the old-school country greats"  - THE BOOT 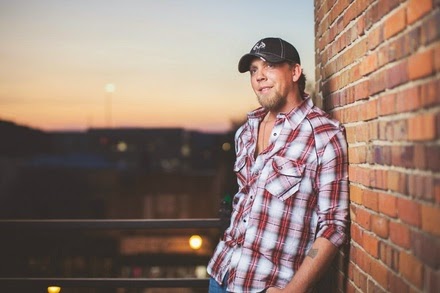 (January 27, 2015/Nashville, TN) – Emerging country artist Ricky Gunn is set to release his rollicking debut full-length album, ‘King of this Town’ on April 21 via New Canvas Entertainment. Drawing from a dynamic mix of influences (Hank Williams, Conway Twitty and Waylon Jennings), ‘King of this Town’ mixes old-school country with modern-day firepower. The result: a sound that twangs and rocks in equal measure.

Fans can get a sneak peak of what’s to come by checking out Taste of Country’s exclusive video premiere for Gunn’s first single. Directed by Allen Matthews, the anthemic title track is a nostalgic tune about remembering your roots – even while you reach for something higher. Click here to watch.

Recorded in Nashville at the illustrious Blackbird Studio, ‘King of this Town’ was co-produced by Dan Hannon and Billy Hume. Combining his gritty passion, blue-collar mentality and love for the country classics, the Georgia-based Gunn used his own life experiences to churn out thirteen affecting original tracks. Filled with pedal steel guitar riffs and the sound of Gunn's award-winning voice (which won back-to-back trophies from the Georgia Music Awards in 2011 and 2012), Gunn sings about his job on "Livin' Like Me," a standout track that puts a southern spin on songs like Bob Seger's "Turn the Page." Meanwhile, he offers up snapshots of his own life story with "As Good As It Gets," whose lyrics move from Gunn's childhood days at his grandfather's house to his recent years onstage.

“This his album is nothing but heart felt ambitions and my life all rolled up into one hell of ride" explains Gunn. “Every song on there goes back to a memory that I've had or an experience that I've gone through. I wanted it to sound real, because if you've been living the life you're supposed to be living, the real stuff is gonna be the good stuff."

Looking ahead, Gunn will tour extensively throughout the year. Known for his full-throttle energy and tremendous stage presence, Gunn has already shared the stage with myriad of established artists including Travis Tritt, Tyler Farr and Gary Allan. Go to http://rickygunn.com/ for regular tour updates and news.