Exclusive Preview of New Single, “Smile On Mine,” Available for Streaming on RawhideAndVelvet.com 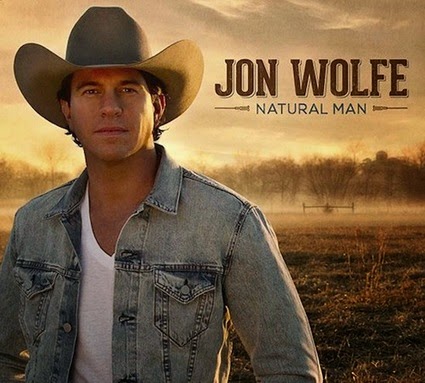 (Nashville, Tenn. – Jan. 27, 2015) – Jon Wolfe has announced the Natural Man Album Release Tour in support of his new album, Natural Man, which will be available for pre-sale on March 3, with a release date of March 31.

With is first show scheduled in Houston at the Houston Livestock Show and Rodeo, the Natural Man Album Release Tour kicks off on March 20 and is scheduled to make 22 stops across Texas and into Oklahoma, with notable pit stops in Austin, Helotes and Fort Worth, TX.

Of the upcoming tour, Wolfe commented, “Each one of the venues on my album release tour have been integral in my growth as an artist over the past few years. To be able to celebrate the release of my new album, Natural Man, with old and new friends will be such an honor. Interacting with my fans is the best part of what I do, and I can't wait to share my new music with them in a live music setting. This is definitely going to be a special time in my career, and I am so excited about these shows!”

“Smile On Mine,” the lead off single from Wolfe’s forthcoming album, hits radio this month and will be available for download on iTunes, Amazon and other major digital retailers on Feb. 3, 2015. The up-beat tune features Wolfe’s familiar traditional sound, while showcasing a new modern flair. With its catchy hook and foot-tapping melody, “Smile On Mine” tells the story of budding romance on a first date.

An exclusive preview of “Smile On Mine” can be streamed on leading Texas Country music site Rawhide and Velvet via their website, here.

Wolfe is no stranger to the Lone Star State’s music scene. His music has been burning up the Texas Charts, where he garnered six consecutive Top Ten singles (“Let A Country Boy Love You,” “That Girl In Texas,” “I Don’t Dance,” “It All Happened In A Honky Tonk,” “The Only Time you Call” and “What Are You Doin’ Right Now”), classifying Wolfe as a “must see” act in the Texas touring scene.

Having opened for some of Country’s biggest stars, Wolfe has played more than 400 live shows over the past four years and is eager to continue his touring legacy with the Natural Man Album Release Tour.

April 25th - The Wild Horse Desert Round Up - Bishop, TX