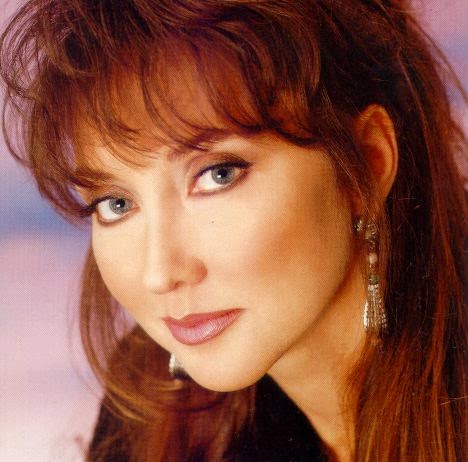 This “Way Back When Wednesday” we shall embrace the crazy and the wonderful talents of Pam Tillis. One of her biggest hits and greatest songs, “Mi Vida Loca” was co-written by Pam and Jess Leary. It was released off of Tillis’ 1994 album “Sweetheart’s Dance” which was the first album she produced herself along with help from Steve Fishel.

Pam Tillis is famous for an abundance of reasons, first and foremost her voice. Secondly, her lyrics and lively stage presence. The list goes on from there but a few of the reasons she’s achieved such great staying power is that her songs are still relevant today. Some of her more famous ones are “Shake The Sugar Tree,” “Maybe It Was Memphis” “Don’t Tell Me What To Do” and of course, “Mi Vida Loca.”

Jess Leary is a songwriter out of Massachusetts who moved to Nashville after pursuing and gaining some renown in Boston. She was a regular on a variety of music circuits, including country, folk and rock. After winning a talent show, she was flown out to perform at the Grand Ole Opry and decided that Nashville would be her home. Leary also graced many a stage as a backup singer for Reba, Garth, Pam Tillis and a myriad of others. She’s written songs for most recently Blake Shelton on his “Bringing Back The Sunshine” album, as well as Tim McGraw, Shenandoah and oddly enough, New York Yankee Nick Swisher.

What I love most about this song is it makes no apologies. She simply says “Welcome to my crazy life” and if you’re going to enter into it you better have “nerves of steel.” My life happens to be crazy, it’s not sedate and it’s not for everybody. It’s a life full of passion and crazy as a “never-ending circus ride,” a life full of adventure and travel and baby, if you’re in it a life full of love as well. There’s nothing ordinary here and it’s full of the unexpected but if you want in, you got it. She serenades a man by firelight when she realizes that she’s found a compadre in him. A sonorous song with an exceptional story, Tillis and Leary know just want to write and just what to sing for songs that last through the decades.

Posted by LovinLyrics at 7:39 PM