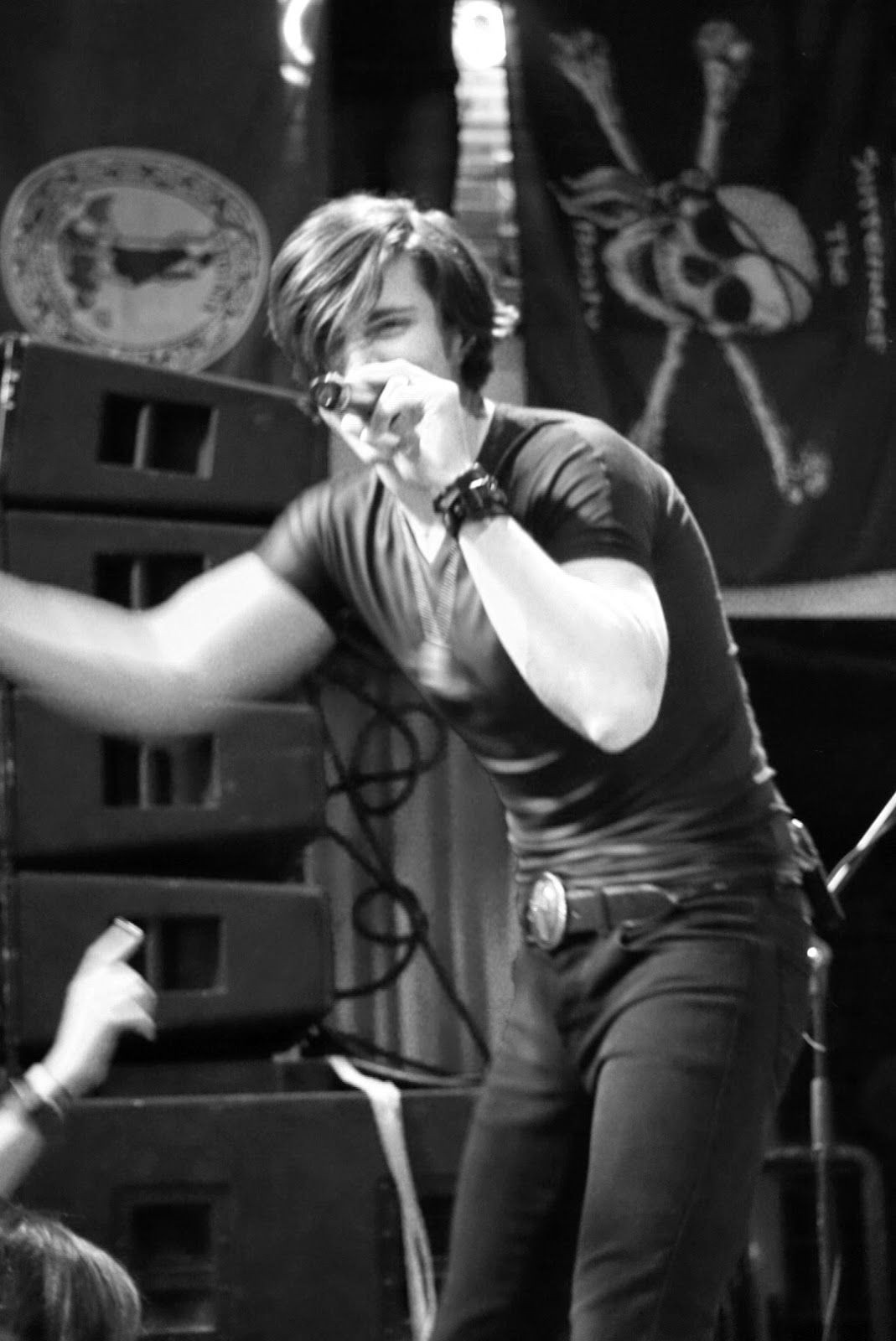 Let me preface this review by saying HOLY MOTHER MAYBELLE CARTER! If you aren't familiar with new artist, John King, get familiar because you'll be hearing this name for a long time. His debut single, "Tonight Tonight", landed at #38 on the charts and has been played by most stations and is all over mainstream radio and CBS and the NFL licensed the song for use in Thursday night football in 2014. The song was heard by millions of football fans worldwide. He only made the move to Nashville from Georgia a short 3 years ago and has already established a foothold as one of the nicest, most energetic and talented artists as well as a songwriter with a cut on the upcoming Randy Houser CD. There is nothing about John that isn't real and genuine from his smile to his firm handshake to the music he releases. His followup single, "On Your Lips" releases to country radio on March 2 and hits iTunes for download on March 3. The single is a new spin on the cheesy pickup lines heard in bars everywhere. Absolutely love this guy and you will too. Another highlight in 2014, John was the only new artist to be invited to play the Grand Ole Opry!

I was able to squeeze in some time with him before the show and am so glad this worked out. We'd been talking back and forth on Twitter and I'm sure he was really afraid I was gonna pull a tackle hug when I saw him but I refrained and settled for a friendly, injury free hug instead. I can honestly say that he has been one of the most fun when it's come to interviews. We did the typical blah blah what's your background, who influenced you, tell us about your music scripted crap but we took it a notch higher and did "questions from a hat" where we took all kinds of random questions from country music fans and threw them into a hat and John picked 5. These questions ranged anywhere from the ordinary to the"WTH do you come up with these" kind of questions. It was so much fun. I think we'll be doing that again soon!

You know it's gonna be a good show when it doesn't require an opener and when the dance floor is packed by 10pm. You also know it's gonna be a good show when the venue gives VIP meet and greets to the first people in the door before 9pm and the line takes nearly an hour to end! That's what happens at a John King show. His talent alone is all that's required for an amazing show - no distractions - just John and his band. This guy knows his way around a stage and he knows how to win a crowd. His performance was pure adrenaline from the minute he took the stage to his last steps off at the end of the show. He isn't one of those "stand there and strum a guitar" artists, I swear the guy was a gymnast before deciding he wanted to be a musician. There was dancing, jumping, spinning, running, sprinting and I bet even though I missed it, there were probably some splits and back handsprings thrown in there. This guy is so much fun to watch. He's got such a great voice, he's so likeable and the audience related well to him. His band was top shelf, better than most other bands I've seen in a long time. His entire set list rocked from start to finish, top to bottom and everywhere in between. One thing I noticed and appreciated more than anything, it's more than obvious that John loves music - writing it, performing it and just everything music. When that kind of genuine attitude comes across, you've won a fan for life here and John did just that.

John King was worth the 3 hr drive and the hotel fiasco from hell. Totally worth every minute of it.