IRA DEAN'S GOT "NOTHIN' TO DO ROUND HERE" 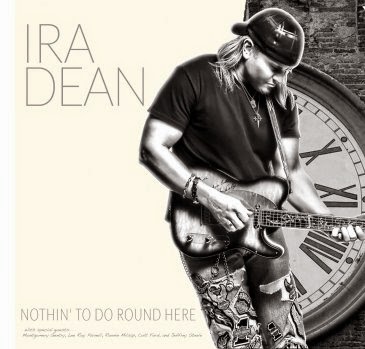 Nashville, Tenn. (February 5, 2015) - Former Trick Pony bass player and vocalist Ira Dean is going solo.  Sort of. This past weekend, SiriusXM's The Highway added his new single to its national rotation.  The new tune, "Nothin' To Do Round Here," (listen HERE) is Dean's new venture on a solo run at country radio.  But Dean brought in some extra firepower when he recruited several of his artist pals to join him on what would become a "musical gumbo."

Dean notes, "I wanna thank my buddies Ronnie Milsap, Lee Roy Parnell, and Jeffrey Steele for answering the phone when I called.  Then it was, 'Man, I wish Eddie and T-Roy would sing on this,' so I made another phone call.  Then I was telling Colt Ford about the whole dang thing and how I have never had more fun in the studio in my life and he said, 'Well thanks brother for the call.'  He came in and BAM! Right off the cuff, done!"

The new song, written by Dean, Shane Minor and Jeffrey Steele (Dean and Steele also produced the song) is the first single from Dean's forthcoming solo album, It's About Time.  The upcoming album will be Dean's first full-length album as a solo artist.

"Nothin' To Do Round Here" is available for purchase on iTunes.

For more information on Ira Dean, visit www.iradean.com.
Posted by LovinLyrics at 5:38 PM