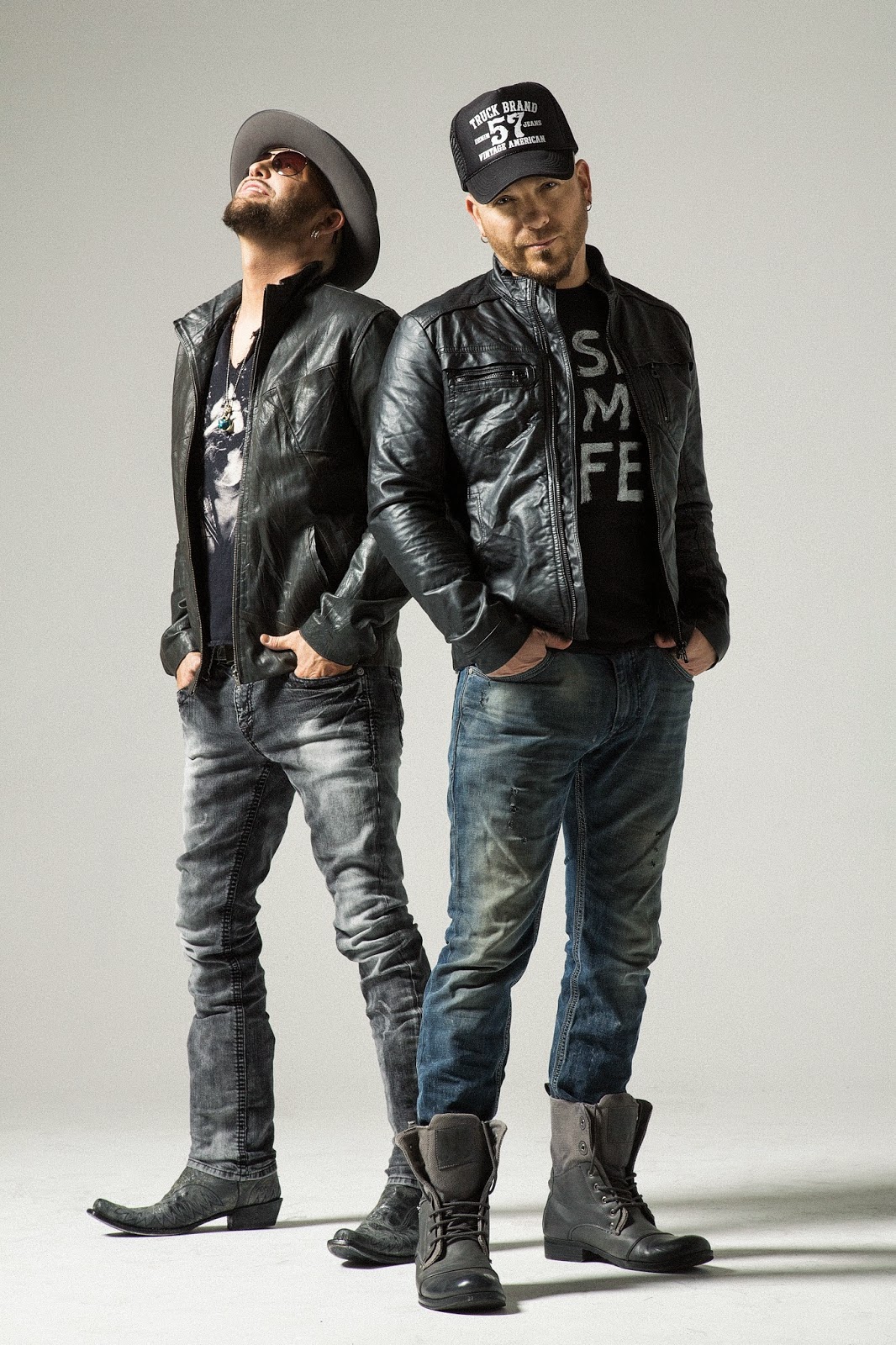 NASHVILLE, Tenn. (February 6, 2015) – LOCASH is at the top of their game in 2015 with a new single on the brink of major radio impact and a multitude of tour dates slated to hit major markets across the United States. Loving life and loving bringing new music to their loyal fans, the duo announces its 2015 I Love This Life Tour, coming to a city near you. After a successful 2014 Livin' Loud Tour brought 124 headlined and co-headlined shows to a mix of arenas, clubs, theaters, colleges, amphitheaters, fairs and festivals, and even supported shows with Tim McGraw and Hank Williams, Jr., presenting sponsor Kicker® Audio joins the duo again in 2015. Upcoming stops include Evansville, IN, Melbourne, FL, Annapolis, MD, Hunter, NY, Rhinelander, WI, Sunrise Beach, MO and more.

Available now on iTunes, LOCASH's hot new single "I Love This Life," will impact radio nationwide during Country Radio Seminar in Nashville, Tenn. on February 23. Co-written by Preston Brust and Chris Lucas of LOCASH, as well as Chris Janson and Danny Myrick, the up-tempo, feel-good ode to the simple things in life represents just how far LOCASH has come in their career since their move to Nashville ten years ago. Since, they have spawned a grassroots belief in their undisputed likelihood of superstardom among fans, radio and industry professionals alike. Newly signed to Reviver Records and going by the simplified stage name, LOCASH, as fondly dubbed by their diehard fans, they are locked and loaded for everything the new year in 2015 is projected to bring.

“We know we can make this new record deal very successful,” said the duo's Chris Lucas. “We've got a lot of amazing fans and people who believe in us, and we've thrown kindling all over the place -- now it's time to light it."

With previous stand-out songs like "Keep In Mind," "C.O.U.N.T.R.Y.", "Best Seat In The House," self-penned "You Gonna Fly" (Keith Urban) and "Truck Yeah" (Tim McGraw), as well as performances at The Grand Ole Opry and New Year's Eve in Times Square under their belt, the duo has proved their ability to break the barrier between rock and country music, while blowing the roofs off of every venue they play with relentless energy and non-stop entertainment.

For a full list of upcoming tour dates, see below.

Additional tour dates are being added daily. Stay tuned to www.locashmusic.com for updates. Also, be sure to become friends with LOCASH on Twitter and Facebook to stay up-to-date on all of their fun happenings out on the road.