SINGLE REVIEW: "KISS YOU IN THE MORNING" - MICHAEL RAY 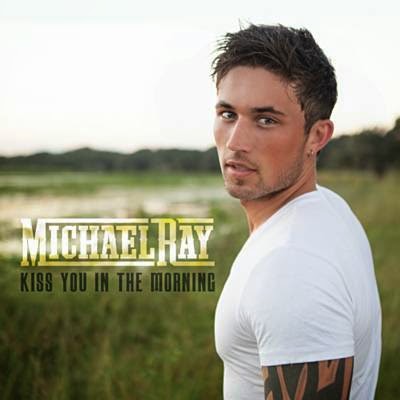 Michael Ray’s debut single “Kiss You In The Morning” is full of impish delight.  The latest in a string of Florida natives heading north to Nashville, Michael Ray does not disappoint.

Growing up in a musical family, the innate desire to play burned in his blood as young as 5 years old. It only grew stronger as he grew older and experienced more, wanting to communicate by song and guitar.  A move to Nashville was in the cards and this is the first taste of officially released music for Michael.  As one might guess from the title, the song’s about all the different times and places he’s wanting to kiss the girl.  Sweet with a smirk, this song and singer embodies honeyed whiskey.  So easy to drink up, it might be a little dangerous.  All the things he’s finding quite tempting about her are listed, her jeans hugging up on her are a definite plus.  The charismatic singer serenades you with his own particular brand of charm and does a great job at it.  A debut that is sure to ride the airwaves and surely the first of many we’ll hear from Michael Ray, “Kiss You In The Morning” has all the makings of a hit.

If you want more of Michael, there is his “Tour Bootleg” EP available on his website with 5 songs including “Kiss You In The Morning.”  It’s also available on Spotify!  Catch Michael on tour opening for none other than Sam Hunt on his Lipstick Graffiti tour in March and April.

Posted by LovinLyrics at 6:01 PM