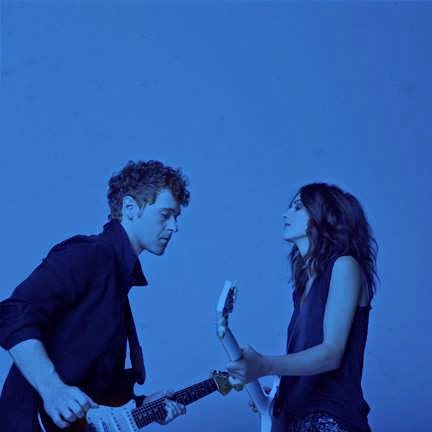 Striking Matches is the newest male-female duo to hit Nashville. The duo consists of Sarah Zimmerman and Justin Davis. They’ve burst onto the scene, gleaning across the pond recognition as well as tons of stateside love. They’ve had multiple songs featured on the show “Nashville” performed and released by the show’s lead characters. That gained them a sold-out London show as well as prominence in the USA. Their latest single “Hanging On A Lie” was one of the songs featured on “Nashville” so if you’re an avid watcher of the show you may have already heard them and wondered who this magnificent duo was and where you could get more of them! The answer is here and many, many places given their active touring schedule and upcoming debut album release.

They’re planning an incredible European tour and already have out a self-titled EP out available on Spotify.

“Hanging On A Lie” showcases smoky vocals from Zimmerman and impressive complementary vocals from Davis, the plucked strings indicate a funkier sound than is usually heard in mainstream country today. Perhaps that is one of the factors in their whirlwind soon to be worldwide success. A cheating, lying song that speaks of torn-through hearts and poisoned lips and references to Steve McQueen, the creativity in “Hanging On A Lie” does not disappoint. Many elements present in this song and nary a one that does not work on a superb level, be it the writing, singing or instrumental portion. Striking Matches has already gained so much success and I can’t wait to see them gain so much more and to see where they go from here.

Striking Matches - Hanging On A Lie Web
Posted by LovinLyrics at 11:10 AM