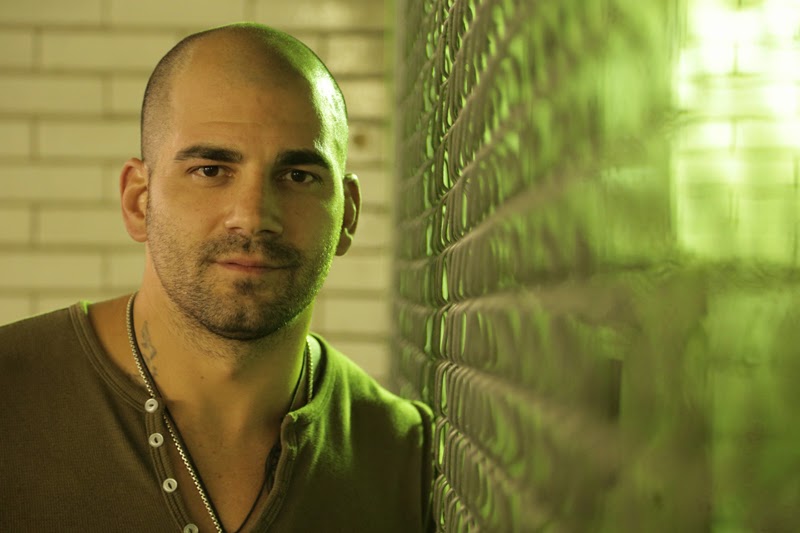 If you've followed us for awhile, then you know we're huge supporters of New Jersey policeman turned country rocker, Scott DeCarlo. Scott is a longtime friend and one of the best people we know. His style is different, unique and something you're not gonna find anywhere else. Take a second, listen to his music and get to know Scott DeCarlo. They don't come much better in my book.

Lovin' Lyrics: When we met, you once described your sound as "21st Century Country Rock" ... what does that exactly mean and what can a first time listener expect to hear?

Scott DeCarlo: There is no denying, I’m a whole lotta rock, my sound comes from what I feel and albeit a little harder, it falls close to the realm of today’s popular country sound.  It’s a Country Rockin Sound in this 21st Century for sure!

Scott DeCarlo: It hasn’t always been easy but it is a living. I’m hoping, and it looks very promising that I’ll be able to leave law enforcement and be able to focus completely on music at the end of this year. Being a Police Officer has been incredible, helping people is the greatest feeling one can feel. But I’ll be glad when I’m done because there are far to many people disrespecting the quality officers due to the actions of a few bad ones as well as some misconceptions of what should and what shouldn’t be.

Scott DeCarlo: I’m still figuring it out. I don’t think anyone who wants to grow, can honestly state their own biography. As a potential fan, you are a potential friend, you will receive honesty in my songs and if you get to a show, I promise to give you ALL OF ME! As a performer, if you’re not giving to the listener, you’re taking… I’m a giver!

Lovin' Lyrics: What's the most memorable moment in your career as an artist?

Scott DeCarlo: Definitely playing with Lee Brice. We’ve played with several top artists over the last year or two and I’m not saying the others aren’t, but he is a super great guy. Lee’s fun to talk to, awesome to party with, and inspiring to watch. He brings a high-energy show, so we didn’t feel like we needed to tone down our show so we didn’t upset anyone…

Lovin' Lyrics: What's a moment you'd just as soon forget as an artist? Most embarrassing moment on stage?

Scott DeCarlo: Forgetting the lyrics to my own songs in front of a few thousand people is definitely something that doesn’t happen often any longer, but I’ve done it and boy is it embarrassing.

Scott DeCarlo: Being happy with who you are, where you are and knowing you arrived there by being honest with yourself. Success is learning from your mistakes and becoming a better person because of them.

Lovin' Lyrics: You've released 2 singles so far since breaking out in a new direction, "Havin' a Good Time" and "I See Trouble Comin'". What can we expect from you in 2015?

Scott DeCarlo: More Rockin Music, I’ve written a lot over the past year, keeping with the hard rockin direction. Still not sure if we’re gonna release an entire album or another single or two.

Lovin' Lyrics: You're very big on giving back and anyone that knows you like we do, knows that you do what you can for other people. What's the most memorable thing you've done for someone that really made an impact in your life?

Scott DeCarlo:  I really do love giving back. It’s hard to pick one thing but the Bands and Fans With Giving Hands Show around the holidays is truly an event I look forward to. I hope it grows and we can help more and more families in years to come.

Lovin' Lyrics: As a new artist, what you do find to be the hardest thing about getting heard and what are you doing  "outside of the box" to be heard?

Scott DeCarlo: I’m really outside the box all together, as you know and as you’ve said, my sound and direction are different. I’m truly just trying to be me. The hardest thing about getting heard is the major labels have all the money and control the what gets heard on major radio. I believe secondary and internet radio are loving what I’m doing and I am super appreciative of that.

Lovin' Lyrics: In 3 words or phrases, describe Scott DeCarlo the every day guy.

Lovin' Lyrics: What is one strength you are proud of and one weakness you're not so proud of?

Scott DeCarlo: My strength is probably my tenacity which can then also translate into my weakness, since I may not always be understanding of those that don’t possess the same passion and more easily throw in the towel and throw out excuses.

Lovin' Lyrics: You're big into fan engagement and you handle your social media personally, none of this social manager stuff. How can fans connect with you online? What's your Facebook and Twitter handle?

Lovin' Lyrics: I love me some you.

Scott DeCarlo: I love you too! Do you need a Hub Cap???

Lovin' Lyrics: For those who don't know the "hubcap" story ... Scott came across 2 whole states just to take me to dinner before his big move to Nashville. I called him to see where he was and to get an ETA and he said he was trying to find a hubcap to bring me from the side of the road. I was kinda caught offguard and thought he was joking so I laughed it off. A short while later, he shows up with hubcap in hand and gives it to me and says he didn't want to bring me something that I wouldn't remember so he decided I could never forget the guy who gave me a random hubcap. This, among a million other little things, is what I love about Scott DeCarlo.

Posted by LovinLyrics at 1:58 PM