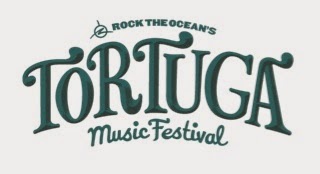 Fort Lauderdale, FL – March 24, 2015 – Rock The Ocean’s Tortuga Music Festival just announced the availability of limited quantity advance single-day tickets for the two-day music and marine conservation event.  Additionally, the daily concert schedule was revealed for the 3rd annual event, with three music stages set up on the sands of Fort Lauderdale Beach Park in Florida on April 11th and 12th. Tens of thousands of fans are expected to enjoy the sun, songs, sand and surf at this unique oceanfront event.

A limited quantity of single day festival tickets are currently on sale in advance for $99.00, while supplies last.  Two-day general admission festival tickets are still available starting at just $165. Get tickets early to avoid increased day-of-show prices.  Complete festival details, including pricing for VIP and Super VIP tickets, can all be found at www.tortugamusicfestival.com.

Weekend Shuttle and Water Taxi passes are on sale now.  These two-day passes provide convenient comfortable transportation to and from the festival area.  Advance prices start at $30.00 and kids 10 and under ride free. More transportation information and the 2015 transportation map can be found at www.tortugamusicfestival.com.

The Tortuga Music Festival Mobile App is now available for free download at your mobile App Store. Available for both IOS and Android users, it keeps everything Tortuga right at your fingertips. Create your schedule, listen to your favorite artists, learn about our festival cause and on-site conservation activities, check out what food options will be on site and more all readily available on your phone. Fans that have the Tortuga Mobile App downloaded on their phones will also be able to receive instant notifications during the festival for updates on performances, special experiences and enhanced customer service.