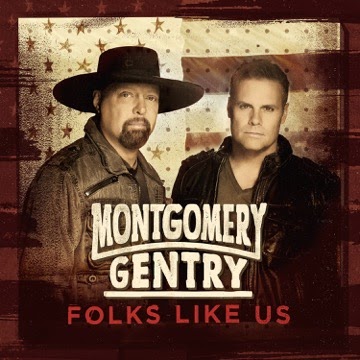 Nashville, TN -- March 10, 2015 – ACM and AMA winning duo MONTGOMERY GENTRY are remaining true to their roots with their relatable new single and working class anthem, “FOLKS LIKE US.” Kentucky natives Eddie Montgomery and Troy Gentry sing of living life on the simple, chasing dreams and fearing God in “Folks Like Us,” available for digital download now at iTunes at http://smarturl.it/mgfolks.

Montgomery Gentry’s “Folks Like Us” is earning early praise from fans and critics alike:

“...fans of Montgomery Gentry that have loved their past blue-collar anthems will be sure to love this one…" – Lovin’ Lyrics

“Folks Like Us” is impacting country radio now. The new Montgomery Gentry tune is written by Ash Bowers, Adam Craig and Neal Coty, and produced by Michael Knox.

Montgomery Gentry will be inducted into the Kentucky Music Hall of Fame on April 10 and will release their eighth studio album later this year. The pair recently celebrated their fifth anniversary as Grand Ole Opry members.
Posted by LovinLyrics at 2:07 PM