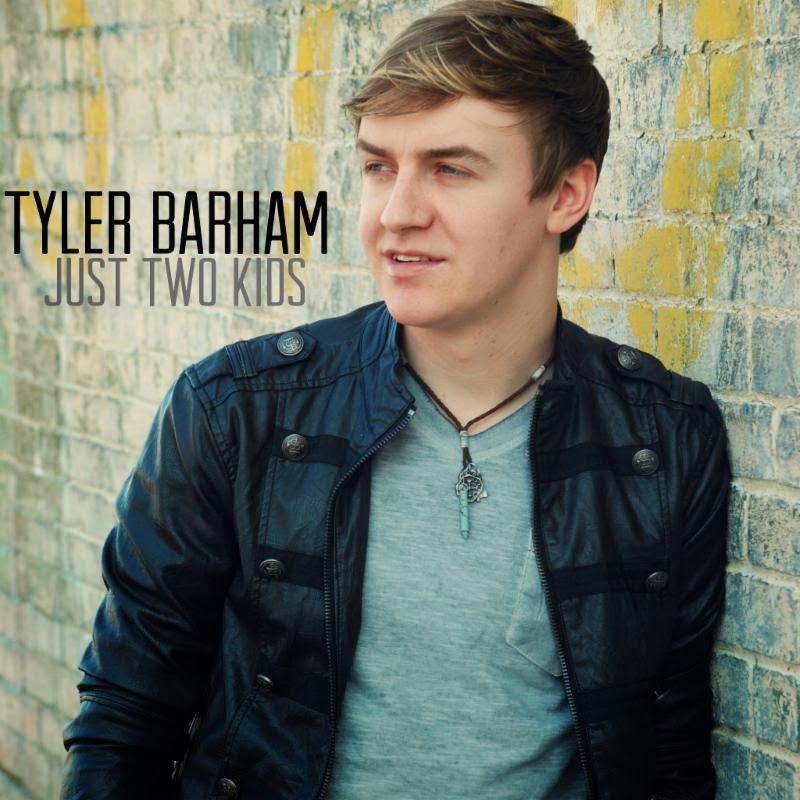 NASHVILLE, TN (March 31, 2015) - YouTube favorite, Tyler Barham, has released his newest single, "Just Two Kids." The song is available to radio programmers on CDX Vol. 614, and digitally via CDX InstaTracks and Play MPE. It is also available for purchase at iTunes and other digital retailers.

"Just Two Kids" by Billboard's "One To Watch" Barham, is the follow-up to his recent chart success with "More Than A Cotton Dress" and is the top-selling track from Barham's Don't Cage This Heart EP, which debuted at #19 on Billboard's Heatseeker Album Chart for all genres.

Barham says, "I'm so thankful that George Ducas and Arlis Albritton let me record 'Just Two Kids.' When I first heard it I fell in love with the story and pictures the song painted and I knew I wanted to record it. I grew up in the small town of Florence, MT and I have friends who are still living the story of this song. They started out together as kids and had no idea that a simple kiss would lead to forever."

2015 is shaping up to be the best year yet for Barham. His extremely active social following has grown to 50,000 online fans from his combined social media sites and nearly 9 million YouTube views. His cover songs have been shared on social media by the original artists themselves, including Blake Shelton, Lady A, and Brett Eldredge. Darius Rucker and Keith Urban have also featured Barham's covers on the pre-concert jumbotron video screens on their national tours.

All of this attention earned Barham a feature article in a recent edition of the CMA Close Up magazine, alongside The Band Perry and Joe Nichols, in a story focused on tips from artists who are maintaining successful social media platforms. My Country Nation (an OTT channel specifically for country music fans launched by Brad Paisley, Taillight, ARC Entertainment and WME) recently asked Barham and Chris Young to be correspondents at the "Swimville" event held in downtown Nashville for the February launch of the 2015 Sports Illustrated Swimsuit Issue release. Here is a link featuring Barham at the event: https://www.youtube.com/watch?v=DxcIbGv-W_o&feature=youtu.be. My Country Nation was so pleased with the young talent that they asked him back and Barham can now be seen conducting interviews as a "musical man on the street" for the network.

For more information about Tyler Barham, follow him online: