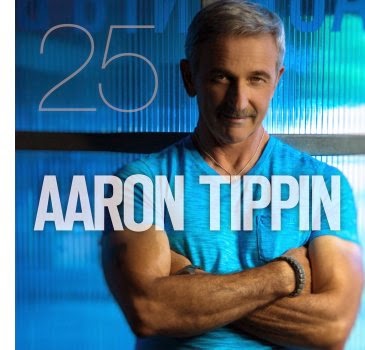 Nashville, Tenn. (April 10, 2015) - Aaron Tippin, the "Hardest Workin' Man In Country Music," is living up to his reputation as he stays hard at work promoting his new 25th anniversary commemorative album, Aaron Tippin 25.

Tippin is set for a slew of national television appearances including the Fox News Channel's "America's News HQ," "The Daily Buzz," TBN's "Praise The Lord" and RFD-TV's "The Music City Show."  See tune-in schedule below for a complete listing of all upcoming appearances.

Aaron Tippin 25 is a collection of 25 songs that includes 10 freshly recorded versions of his biggest career hits, as well as 15 brand new songs.  The album is available exclusively at aarontippin.com.