KRISTIAN BUSH CHARMS THE LADIES OF THE TALK 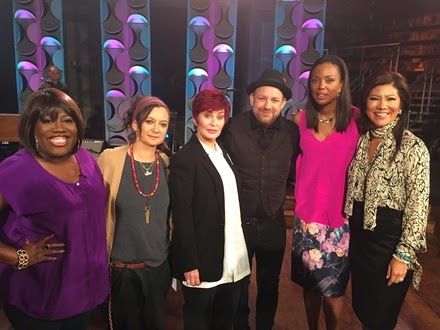 “Trailer Hitch” is the lead single from Bush’s critically acclaimed debut solo album SOUTHERN GRAVITY. Released to rave reviews, SOUTHERN GRAVITY has been lauded by THE BOSTON GLOBE, ROLLING STONE, and THE SYDNEY MORNING HERALD as well as COUNTRY WEEKLY, who named it the “feel-good album of the year.”

Bush is currently headlining shows nationwide with his PUT YOUR SOUL IN IT Tour and will be teaming up with Armed Forces Entertainment in May to perform for military bases in Japan and Okinawa, kicking off with a Memorial Day Concert on Joint Base Pearl Harbor-Hickam in Honolulu, Hawaii.

Posted by LovinLyrics at 4:43 PM