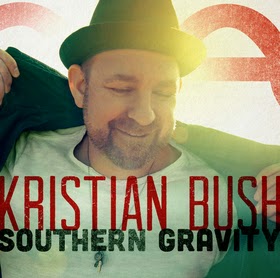 Platinum-selling country star and Streamsound recording artist Kristian Bush talks with CMT about the stories and inspiration behind the songs from his debut solo album SOUTHERN GRAVITY. Released earlier this week (4/7), the new album has already received rave reviews from The Boston Globe and The Sydney Morning Herald, and Country Weekly is calling it the ‘feel-good album of the year.’

Check out a preview of the upcoming episode below:

Bush is currently on the road with his headline PUT YOUR SOUL IN IT TOUR with upcoming stops in Arlington, TX (4/17), Atlanta, GA (5/16) and Baton Rouge, LA (5/23). For more information and tour dates, visit www.kristianbush.com.

Posted by LovinLyrics at 1:06 PM