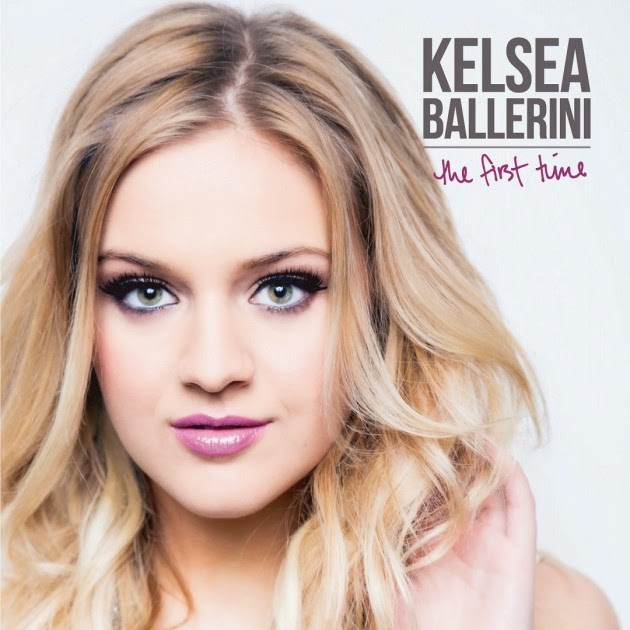 Fans are taking note of Kelsea’s debut single “Love Me Like You Mean It” at #19 on the Country Song Charts with 15,329 downloads this week. Furthering her name recognition, Variety announced yesterday that Kelsea Ballerini is among those presenting at the Radio Disney Music Awards, following her full schedule at the ACM awards, both coming up later this month.

Songwriting is at the cornerstone in Kelsea’s composition as an artist and it is on full display throughout The First Time as she’s the writer or co-writer on every track. Produced by Black River Publishing's songwriter/producer Forest Glen Whitehead along with Jason Masse, The First Time contains all of the tracks from the previously released digital EP and seven additional original tracks.

Named one of CMT’s “Next Women of Country” late last year, Kelsea is living up to the title as “Love Me Like You Mean It” (Ballerini, Kerr, Whitehead, Carpenter) continues its climb towards the Top 20, and has landed her on several “ones to watch” lists for 2015 including Billboard, Country Weekly, The Huffington Post, CBS Local’s Radio.com, Spotify, #CMChat, Country Music Is Love, and more.

03. “Love Me Like You Mean It” (Ballerini, Whitehead, Kerr, Carpenter)


For full tour date schedule and info on Kelsea Ballerini please visit KelseaBallerini.com, and reach out to her on Facebook, Twitter, Instagram and YouTube. Now playing on CMT, fans can watch the music video for “Love Me Like You Mean It” on CMT.com, Vevo, YouTube and purchase “Love Me Like You Mean It” anywhere digital music is sold.
Posted by LovinLyrics at 10:35 AM