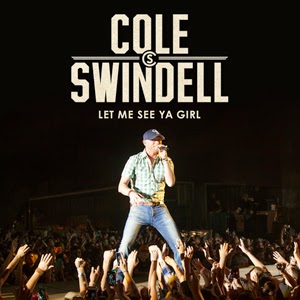 Cole first broke out into the spotlight in 2013 when he independently released his debut single “Chillin It” which helped him land his first major record deal with Warner Bros. Nashville Records.  Cole has been quite busy since then, writing quite a few songs for some of country music’s biggest stars such as Craig Campbell, Luke Bryan, Thomas Rhett and Florida Georgia Line. He has also released four more singles including 'Hope You Get Lonely Tonight,” “Ain’t Worth The Whiskey” and his newest single “Let Me See Ya Girl.”

“Let Me See Ya Girl” is a mid-tempo song off of his debut album that will without a doubt be stuck in your head for days. The first time I ever heard this song I began praying for it to become a single for the simple fact that it was just that good.  The song starts out at some sort of crowded club where a hot girl has “every guy spinning around spilling their beer” from staring at her. He then goes on to say how he wants to see her shine away from the club where he can get to know her without anyone else around. It won’t be long until this song makes its way not only to the top of the charts but onto everyone’s weekend party playlist.

Posted by LovinLyrics at 6:23 PM