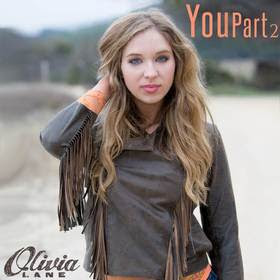 NASHVILLE, TN (June 23, 2015) – CMT launched the worldwide premiere of firecracker songstress Olivia Lane’s official music video for her new single, “You Part 2,” across its multiple platforms including CMT Pure, CMT.com, CMT Artists app and on-demand, yesterday (6/22). Recently, her feisty, female-empowerment break-up song, written by Lane, Ilya Toshinskiy and Danny Myrick (Jason Aldean’s “She’s Country”) was the #1 most added (female) single at Country radio (6/8) and continues its surge up the charts. Filmed in Nashville, TN, the video for “You Part 2” features a sassy and strong Lane at a house party shooting down an ex (named “Don’t Answer” on her cell phone) as he tries to apologize and get back together with her. Justin Clough and Lane share director credits on the video which can be viewed here.

The rising artist has garnered national attention as an artist to watch in 2015 with CMT featuring her debut single, “Steal Me Away,” in their Listen Up Music Discovery Program on CMT Pure and Country Weekly recognizing her as one of 2015’s “Who’s New” artists. Last month, Lane was once again spotlighted as a top emerging artist when she was selected as one of only five Country acts out of the Top 25 for the Macy’s iHeartRadio Rising Star competition.

Previously opening for Wynonna Judd, Frankie Ballard and Randy Houser, this summer the talented singer/songwriter can be seen performing throughout the country including dates with Easton Corbin and RaeLynn. In the fall, Lane joins Trace Adkins, Neal McCoy, Joe Nichols, Charlie Worsham and many others for the weeklong “Country Cruising” voyage departing from Miami on October 23.

Lane is working with producer/musician Ilya Toshinskiy, and writing with some of Nashville’s top tunesmiths including Jim Beavers (Dierks Bentley, “Sideways” and Luke Bryan, “Drink A Beer”) Catt Gravitt (Jake Owen, “Alone With You” and Jana Kramer, “Why Ya Wanna”) and Danny Myrick (Jason Aldean, “She’s Country” and Tim McGraw, “Truck Yeah”). The fresh-faced newcomer has been immersed in the craft and tradition of Country music since she was a little girl, eager to follow in the footsteps of her mother who was a Country singer. In college at USC, she honed her calling studying music, songwriting and acting. Immediately upon graduation, Lane moved to Nashville to pursue her lifelong dream of a career in Country music.

For tour dates and additional information on Olivia Lane visit www.olivialane.com.
Posted by LovinLyrics at 2:13 PM