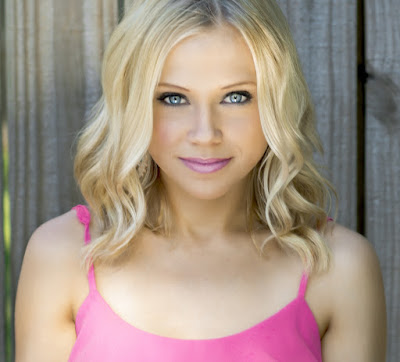 Download #FunkyFeelGood on iTunes and  #REQUEST on your local stations!

Emily Minor’s debut single “Funky Feel Good” is a song you’ve heard before. Many times, in fact. There’s an entire sub-genre that was one of the most polarizing in recent country music history. It’s “Runnin’ Outta Moonlight,” it’s “Don’t Happen Twice,” it’s driving out to the country with the one you’re with. Although, wait isn’t it usually the boy in his truck picking up the girl and taking her out? It still is, it’s just from the girl’s perspective this time, or more specifically from Emily Minor’s perspective. It’s a still a love song, still a “head out to the country and get a little wild song, my girl and truck song” just from the passenger-seat perspective. (Or driver’s seat perspective I don’t know her life.) Instead of just a love song, it’s a “funky feel good love song.” It’s so refreshing to see the women coming through with the same story but their own viewpoint. To display that they have the same stories and the same memories, that they’re the lead and not just a strategically placed set piece. I hope to see this more often and I’m confident we will. I have no problem believing that Minor will flourish on the charts and the airwaves.

“Funky Feel Good” was written by the Minor-Williams duo. If you’ve liked what Emily Minor has written/sung for you and would like more, she will be at CMAfest this year. Nashville’s biggest party takes place this year from June 11th – June 14th as well a couple days before and after that. Minor’s dates are Thursday, June 11th at the Visitor’s Center Booth Signing at 10:30 am, Tin Roof at 5 pm, Hard Rock Café at 7 pm, and on Saturday June 13th at the Visitor’s Center Performance at 10 am and finally, Wildhorse Saloon at 8:30 pm. So whether you would like a show, an autograph or both, she’s got you covered.

Posted by LovinLyrics at 1:11 PM