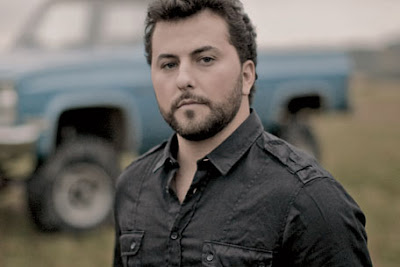 Ever since Tyler Farr released his third single “Redneck Crazy”, he has been making a huge impact in the country music industry and quite a name for himself. He has continued to do so with his most current released single “Withdrawals.”

“Withdrawals” is Tyler’s second single from his sophomore album “Suffer in Peace.” It has to be one of my favorite singles that he has released to date.  He pushes himself vocally, which is going to help sky rocket his career into success. He has said before that people look to him to write songs about real live situations, which is exactly what he has done with this song. Everyone goes through that one heartbreak at some point in their life where they wish there was some sort of rehab for heartbreak. Unfortunately that doesn’t exist but, lucky for us there are artists out there like Farr who are willing to put those feelings into songs for the rest of us. As the song begins the music in the background starts out more on the softer side, allowing Farr’s vocals to really stand out, however as the song proceeds the music becomes more intense, kind of like the feelings in the song. It’s a song about a guy who is having a really hard time getting over a heartbreak and letting go of the past. He keeps reminiscing on the highlights of their relationship and comparing them to addictions such as being the whiskey running through his veins.

Listen out for Farr and “Withdrawals”, which is set to be released to country radio June 15, 2015.