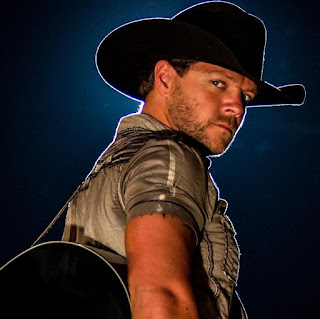 It’s been a while since we’ve had a good rodeo song on the radio, but that’s exactly what Jason Pritchett has gifted us with in his debut single “Good Show.”

A slower song than we’ve been used to for the format, this is definitely one that makes you listen a little harder. The story he spins isn’t a new one, but it’s certainly a refreshing take that we’ve waited so long to hear. Drawing from Chris LeDoux, Garth Brooks and of course, the King, George Strait, Jason tells us of the hard life that awaits him. A bottle to get him to sleep, a rodeo clown and a death grip to keep him alive, those 8 seconds are all that matters in his life. But hey, at least he put on a good show. The life of a performer who can’t help his addiction to the adrenaline but can tell it’s breaking him and all that matters is the show and him holding on. In these rodeo songs, we typically hear of how the rodeo takes the man away from his woman and his family and how that adrenaline’s all he seeks in life but rarely, if ever have we had this intimate of a portrait painted for us. Inside the show, no mention of love lost or left behind, his main concern is what he deals with on a daily basis. His love-hate relationship with his life and his career is laid out bare and it’s definitely agonizing to see. He knows that every time he straddles that bull it might be his last time and as the crowd goes wild, his mind is blank except for “hold on tight” “God get me through one more time” and the anguished question of “Well, was it a good show? If this the last second I’m to be alive, did I give them a good show?” flies through his mind in the moment before he’s flung to the ground. Every night he thinks “This ain’t no way to live or die” a vivid, beautiful story spun country’s newest songster, Jason Pritchett. Not only does the story stand out of its own right whilst calling back to older country songs, Jason’s impassioned vocals are something to be awestruck by all on their own. A Missouri native, I half-expected to find that he was born into a rodeo in Texas, as he sings that convincingly about it. I expect to hear this blaring on the radio throughout the states before long. First the Midwest, then the West, then the South, until the entire country knows the “Good Show” awaiting them.

Note: Jason Pritchett is the band leader and rhythm guitar/backing vocals for Billy Dean and the Steelhorse Band. He's venturing out on his solo career and what a way to start having a legend like Billy Dean see his talent, stand behind and push him all the way. Billy Dean is the co-writer on "Good Show." Jason was also an top finalist on America's Got Talent in 2007. From what we've heard so far, Jason's going big places.

Posted by LovinLyrics at 4:02 PM