Once Again It's Christmas Out This Fall
On Warner Music Nashville / Warner Bros. 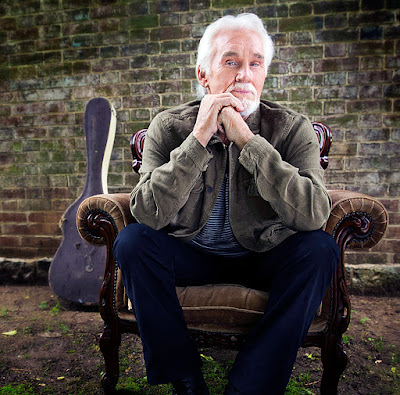 NASHVILLE, Tenn. (July 13, 2015) – While summer is only a few weeks old in the northern hemisphere, it’s important to remember that there are only 165 shopping days left until Christmas!

Country Music Hall of Fame member and one of the best-selling music artists of all time, Kenny Rogers, will be releasing his first new Christmas album in seventeen years via Warner Music Nashville / Warner Bros. this fall. Titled Once Again It’s Christmas, the festive set will be Rogers’ first Christmas release since 1998’s Christmas From The Heart and his sixth Christmas release overall.

“I can’t tell you how much fun it was recording a Christmas record again,” Rogers said. “I’m excited for people to hear it. I feel like this is a special group of songs — both old and new — and I was particularly lucky to be joined by many talented guest artists and musicians who each have something unique to say.”

Since the release of his first ever Christmas album, Christmas, in 1981, Rogers has embarked on an annual Christmas & Hits Tour, which continues this winter for the thirty-fourth straight year. It’s a holiday that holds special meaning for Rogers.

“Christmas is my favorite time of year. It’s a very important season for me, especially now that I have twin boys who just turned 11 years old. It’s reminded me of how you see it through different eyes when you’re a parent. It’s wonderful,” Rogers said.

Rogers’ Once Again It’s Christmas Tour featuring Linda Davis will include performances of holiday favorites and his No. 1 hits through concerts across the U.S. and Canada. The final schedule of dates will be announced soon.

The past several years have been some of the most active and rewarding of Rogers’ entire career. In 2013, he was inducted into the Country Music Hall of Fame and received the Willie Nelson Lifetime Achievement Award at the 47th Annual CMA Awards. To date, Rogers has sold more than 120 million albums worldwide. He has charted a record within each of the last seven decades. The first country artist to consistently sell out arenas, Rogers quickly became a pop superstar as well — his 28 Billboard Adult Contemporary Top 10's rank him fourth-best of all time among men, trailing only Elton John, Neil Diamond, and Elvis Presley. Rogers has recorded 12 No. 1 albums and 24 No. 1 hits and is the RIAA’s eighth best-selling male solo artist of all time. He has received three GRAMMY Awards, 11 People's Choice Awards, 19 American Music Awards, eight Academy of Country Music awards and six Country Music Association awards.