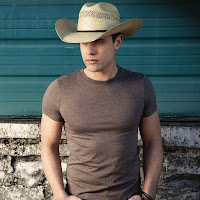 In late 2011, Dustin Lynch signed a record deal with Broken Bow Records. Since then, he has released quite a few singles such as “Cowboys and Angels,” “She Cranks my Tractor,” which became his first top 20 hit, and “Wild in Your Smile.” He released his fourth single “Where It’s At” in early 2014 which went on to become his first number one and really put Lynch on the map. Since then he has released “Hell of a Night,” which became his second consecutive number one and now he's released his newest single “Mind Reader.” The new single shows a bit of Lynch’s R&B side while still maintaining his country sound. It was written by Rhett Akins and Ben Hayslip, two out of the three Peach Pickers. In the first few lines Lynch sings "How'd you know to wear your hair like that/ How'd you know to turn up that song/ How'd you know them little tore up jeans was gonna tear me up and turn me on" and it sets the tone for the rest of the song.

There is no doubt Dustin is going to keep this hot streak going and have this become his third consecutive #1. Listen for “Mind Reader” which was just sent to radio on September 28 and don’t forget to check him out on his head line tour. It's going to be a great show!

Posted by LovinLyrics at 9:11 PM