Cam Featured in USA Today’s “On the Verge” This Past Weekend, Tapped as Presenter at The 49th Annual CMA Awards on November 4 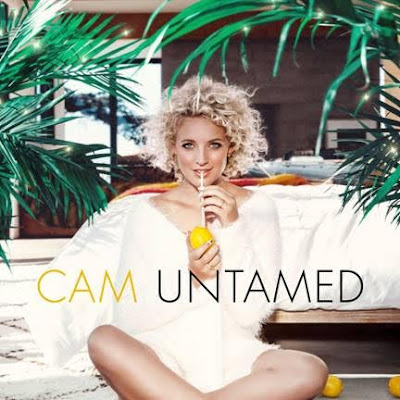 Nashville, TN – Arista Nashville/RCA Records singer/songwriter Cam heads into one of country music’s highest profile weeks in the spotlight of a USA Today “On the Verge” feature this past weekend (online here), in addition to being added to the lineup of athletes, actors, and country stars presenting trophies during Country Music’s Biggest Night™, The 49th Annual CMA Awards, airing live this Wednesday, November 4, on ABC.

On December 11, Cam will release her full-length major-label debut album, Untamed, and today she revealed the track listing, which features 11 songs all co-written by Cam, including her current single, the RIAA Gold-certified smash, “Burning House.”

This week, “Burning House” continues its chart climb, advancing to #11 on both the Billboard and Country Aircheck country airplay charts.

As previously announced, fans can also be watching for Cam this week as she co-hosts the AT&T CMA Awards Red Carpet show alongside Craig Morgan and Michael Ray.  The show will air live November 4 on AUDIENCE® Network (DIRECTV Ch. 239 or U-verse TV Ch. 1114) beginning at 7 PM/ET to all DIRECTV and AT&T U-verse® TV customers, with live streaming beginning 6 PM/ET at http://www.att.com/cmaredcarpet/.