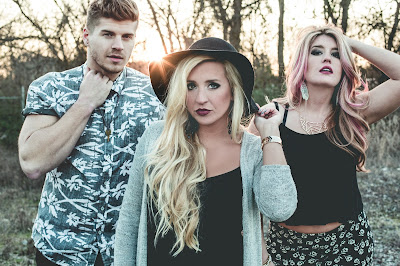 In the spirit of the holiday, The Cains have released a new seasonal song, titled “Merry Christmas To You.” The original, thoughtful ballad, which was written by Billy Lawson and Ed Hill, as well as produced by Billy Lawson, is about missing a loved one during the holiday season.

Madison Cain commented, "When you think of Christmas songs, you think of joy, family and everything merry and bright. But for so many people, Christmas isn't perfect. Relationships have been severed and the most wonderful time of the year often brings its own sting. We hope this song encourages people to reach out, make the call they've been putting off, or write a letter—it’s never too late to say ‘I love you.’"

The song is already available at digital outlets such as iTunes and Amazon and will be distributed to Country radio.

The talented siblings have had a busy year with the release of their self-titled EP, which includes the lead single “Journeys End;” a sentimental ballad about love, family and hope that is currently airing on Country radio and spent over four months on Sirius XM’s The Highway playlist. The EP was written by The Cains – Madison, Logan and Taylor Cain – and also features other writer credits including Jaida Dreyer, Stephony Smith, Billy Lawson, Ed Hill, Becki Devries and Dave Thompson. The Cains was produced/mixed by Daniel Agee and is now available on iTunes, Amazon and other major digital retailers.

In addition to the EP, The Cains have been touring the U.S. and the U.K. In March 2015, The Cains broke onto the U.K. Country music scene with their first international appearance at London’s Country to Country (C2C) festival, Europe’s largest and most well-attended Country music event of the year, and have since returned as the opening act for Sasha McVeigh’s I Stand Alone U.K. tour, opening on select dates that took them to London, Glasgow, Oxford, Manchester and more.