Cam’s Music Cited among the Best of 2015 by The Washington Post, AP, Entertainment Weekly, Rolling Stone Country, and more! 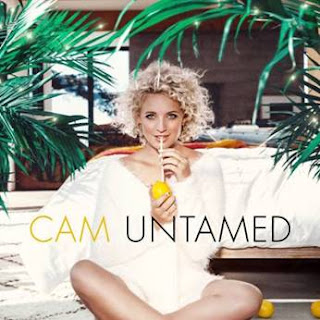 Untamed also debuts at #12 on the all-genre Billboard 200 chart, with 45,000 units in album activity based on the chart’s multi-metric sales and streaming methodology.

Cited among the year’s best country albums by Rolling Stone Country, The Washington Post, Brooklyn Magazine, and Renowned for Sound, Untamed has earned critical acclaim from Entertainment Weekly, the Associated Press, and many more.

Untamed “mingles roots and radio appeal,” hails The New York Times, while AllMusic lauds Untamed as “prime commercial country: it’s crisp, open-hearted, and friendly, fresh in its presentation and classical in its construction.”

Roughstock writes, “The album is an eleven track cornucopia of confident rhythms, rhymes and reason and instantly announces a major force in country music is about to blossom before our eyes.”

In an “A” grade review, Nash Country Weekly cheers, “With a catalog of beautifully written tracks and a voice that is simultaneously ethereal and gritty, Cam effortlessly moves from a whisper to a roar.  And we dig it.  A lot.”

The Daily Tribune (Michigan) calls Untamed “both slick and earthy, maybe the smoothest synthesis of country and pop since Taylor Swift,” predicting that Cam’s “Next Big Thing potential couldn’t be more clear.”

Of the 10 songs chosen by the Associated Press for its “Top Songs of 2015,” “Burning House” is the only country single to make the all-genre list, with AP praising it as “country radio’s most refreshing song.”

With the recent RIAA Platinum certification of “Burning House,” Cam is the only female country artist this year to achieve a Platinum single from a major-label debut album released in 2015.

Fans can be watching for Cam on Christmas night as FOX re-airs American Country Countdown’s Top 10 Stories of 2015, December 25, at 9 PM/ET.

Untamed is available for sale at http://smarturl.it/CamUntamed.