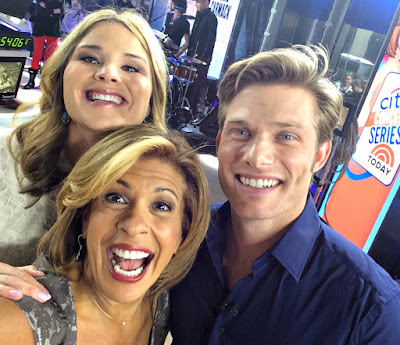 Triple-threat singer, songwriter and guitar player Chris Carmack (currently portraying “Will Lexington” on ABC’s hit TV series Nashville) weathered winter storm Jonas to make his debut appearance on NBC’s TODAY (1/25). After chatting with co-host Hoda Kotb and correspondent Jenna Bush Hager about his burgeoning music career and ABC’s Nashville, he performed his debut EP’s title track “Pieces of You” accompanied by NBC’s renowned Saturday Night Live drummer Shawn Pelton and producer/musician Phoenix Mendoza. The day continued with a flurry of stops, including performances at Paste Studios and FOX 411. Later that night, Carmack sat down with Andy Cohen on BRAVO’s Watch What Happens Live. Following the media blitz, his EP PIECES OF YOU returned to the #1 spot on the iTunes Singer/Songwriter Top Albums chart (1/25). 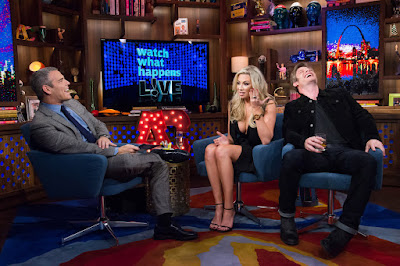 PIECES OF YOU rocketed to #1 on the iTunes Singer/Songwriter Top Albums chart and released to critical acclaim with Entertainment Weekly pronouncing the project as “stunning,” Renowned for Sound claiming “one to add to the ‘awesome’ pile” and Rolling Stone Country recognizing the guitar efforts as “shot through with bursts of fiery fretwork.” Sounds Like Nashville, a division of SpinMedia, went on to characterize Carmack as “pure talent – one who isn’t afraid to paint outside the lines, and sound just as pure and as authentic in any one style as the other.”