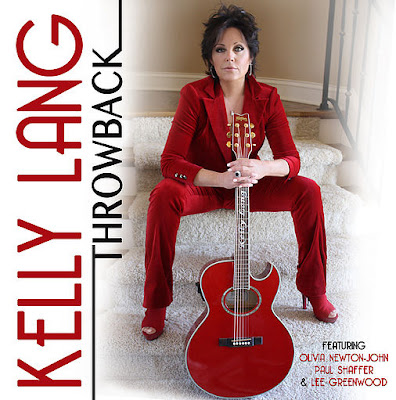 Along with balancing a busy career as a performing artist, Kelly is a highly sought after and accomplished songwriter and producer. Kelly's songs have been featured on the major motion picture screen and have been recorded by artists such as Lorrie Morgan, Jerry Lee Lewis, Crystal Gayle, George Jones, BJ Thomas, The Oak Ridge Boys, and Janie Frickie to name a few.

Kelly’s latest release “Throwback” was inspired by her “Throwback Thursday” videos on Facebook, which have garnered close to half a million views in the last year alone. Kelly’s weekly take on classic country songs have created a lasting impression on her fans that rapidly share, like and request their favorites each week. Kelly recognized the craving for classic songs and recorded “Throwback” in honor of her fans. Kelly was thrilled to have Olivia Newton-John, Lee Greenwood and Paul Shaffer from The Late Show with David Letterman, join her in the studio to record duets, which also appear on the album. Kelly will perform the entire album top to bottom and is looking forward to hearing the fans sing along to these familiar tunes.