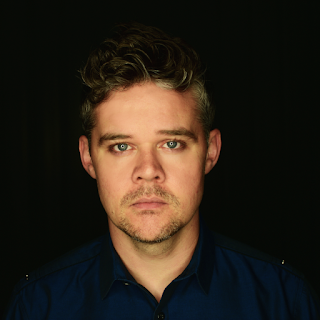 Gabe Dixon will release his sophomore solo album, Turns To Gold, on April 8, 2016. Produced by Paul Moak (Mat Kearney, Third Day), engineered by Devin Vaughan (Marc Broussard), and mastered by Brad Blackwood at Euphonics Mastering (Allison Krauss & Union Station, Luther Dickinson), the LP marks Gabe’s first official collection as an independent artist. Following the release of 2011’s One Spark, theNashville-based troubadour changed almost everything. He was focused on starting from scratch, and parted ways with his longtime management and record label, Concord Music Group. The one thing that didn’t change was that honest, heartfelt approach to songwriting that countless fans fell in love with when he first emerged in 1999.

Turns To Gold addresses some weighty subjects—mortality, what’s important in life, and the value of love. “In many ways, my new music is about learning how to be in a committed relationship, leave immature ways behind, grow, evolve, and move on from habits that aren’t necessarily who you are anymore,” he says. The album was recorded atThe Smoakstack recording studio in Berry Hill, TN with Jano Rix on drums (The Wood Brothers), Viktor Krauss on bass (Lyle Lovett), andKris Donegan on guitar (Cam). “I wanted to go in with musicians and get performances that were inspiring and inspired, and take it from there. Producer Paul Moak was completely on the same page. We cut everything to analog tape with no click track. What results is an album that feels very natural. Since One Spark I learned to trust myself, and the sound of Turns To Gold is the most representative of who I am. It’swarm, laid-back, acoustic, and live.”

The opener and first single, “Holding Her Freedom,” out now, coasts between a shimmering piano melody, organ swell, guitar rumble, and heavenly vocal performance from Gabe. It also conveys a cinematic narrative. “It’s a story about a woman who has been burned by love, and she’s afraid to let herself be vulnerable and fall in love again,” he explains. “She’s figuratively holding her freedom like a cage. That same ‘freedom’ keeps her trapped and unable to love again.” The album’s second single, “The Way To Love Me,” features Natalie Prass and will be released on February 5th. “Natalie’s voice has the perfect delicate and vulnerable qualities that the song required,” says Gabe. “She recorded it while passing through Nashville to play the Ryman Auditorium, part of a long tour opening for Ryan Adams.”