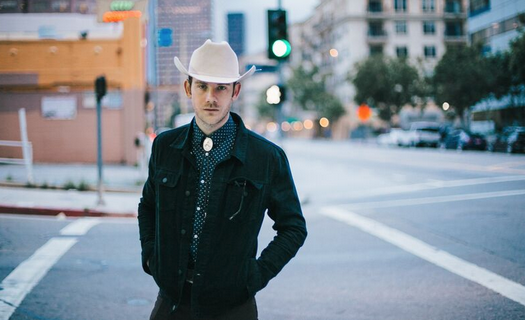 Born in South Dakota and currently living in Los Angeles, California, Sam Outlaw writes original songs that seek to capture the spirit of classic country artists such as George Jones, Willie Nelson, Don Williams, and Dwight Yoakam. He first appeared on the Country Music scene in 2014, and has since completed his new full length album "Angeleno" produced by roots music legend Ry Cooder. He has performed at venues such as The Stagecoach Festival in the Coachella Valley, the world-renowned Music City Roots, and was a featured artist at 2015's Americana Fest in Nashville, TN. You may remember Sam from his last video "Ghost Town" released last November. He's back again with an all new single and video, "Angeleno." Check it out today!

Posted by LovinLyrics at 5:03 PM