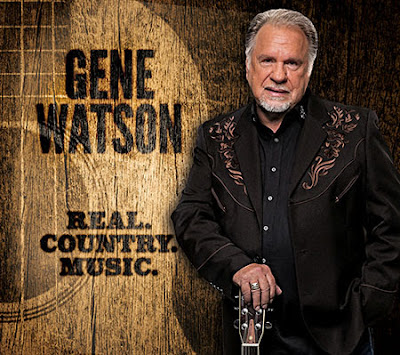 “I’m 72 and here I debuted on the charts at No. 72! I’m real proud of this project and I’m just humbled fans are still buying my albums. That’s why we do this - it’s for the fans,” Watson said.


After five decades in the music business and more than 75 charting singles, Watson delivers an authentic soulful album with Real.Country.Music., which he opens up about in the syndicated series “The Test Drive.”

“It’s exactly what we titled the album. These are songs that still have fiddle, steel guitar and, quite honestly, soul,” Watson said. “I’m not one to bash what those younger artists are doing, but I can tell you a lot of what you hear nowadays isn’t country. This is Real.Country.Music”

Reviews are still pouring in about the country legend’s record:


“It’s fair to say, in fact, that Real.Country.Music. lives up exactly to what it says on the tin. Throughout, strong lyrics and impressive vocal performances are complemented by intelligent and restrained musical arrangements … an education in classic traditional country music for anyone who listens.”
- Alan Cackett, AlanCackett.com

“Gene Watson continues to stand up for real country music while much of the industry continues to fob off the public with a non-descript brand that owes little to country and possessing an appeal more towards young pop record buyers rather the older traditional country market.”
-Tony Byworth, Amazon.com

"The fourteen carat mind that crafted 'Love in the Hot Afternoon' shows that he's just as capable of polished pathos as ever with Real.Country.Music - an album that takes Watson fans into the tumultuous waters of lost love and through the ringer. It's as iconic an album as one could hope to make, bucking the artificial followers of the genre to make room for those in search of sympathetic songs."
-Justin Stokes, TheRowdy.com

“I’m so very proud of this album and what it stands for. I hope my fans enjoy it as much as I loved recording this Real.Country.Music.,” Watson said.

Watson also discussed his gospel rendition of “Help Me,” a song penned by Larry Gatlin and recorded by Elvis Presley and “Enough For You,” written by Kris Kristofferson, in exclusive video premieres on TheBoot.com.

1. “Enough For You” (Kris Kristofferson)
2. “When A Man Can’t Get A Woman Off His Mind” (Bill Anderson/Sharon Vaughn)
3. “Help Me” (Larry Gatlin)
4. “Couldn’t Love Have Picked A Better Place To Die” (Bucky Jones/Curly Putman)
5. “A Girl I Used To Know” (David Ball)
6. “Bitter They Are, Harder They Fall” (Larry Gatlin)
7. “Ramblin Rose” (Joe Sherman/Noel Sherman)
8. “A Bridge That Just Won’t Burn” (Jim McBride/Roger Murrah)
9. “Ashes To Ashes” (Joe Chambers/Larry Jenkins/Mark Sherrill)
10. “Old Loves Never Die” (Dave Kirby/Warren Rob)
11. “She Never Got Me Over You” (Hank Cochran/Dean Dillon/Keith Whitley)
12. “All My Tomorrows” (Nat Stuckey)
13. “I’ll Find It Where I Can” (Michael Clark/Zack Van Arsdale)

Be sure to follow Gene Watson on Facebook or visit GeneWatsonMusic.com to order Real.Country.Music and purchase tickets to upcoming shows.
Posted by LovinLyrics at 9:07 AM