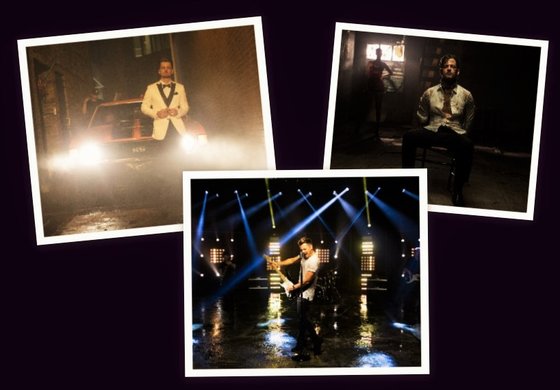 Chase Bryant is cranking up the heat with the eyebrow-raising new video for his latest single “Room To Breathe.” The video premiered across all CMT platforms today, including on-broadcast, on CMT Music and at www.ChaseBryant.CMT.com

The James Bond-themed storyline follows Bryant’s character during a midnight run-in with a jealous ex-girlfriend. . .who has a penchant for revenge! Casinos, fast cars, kidnapping and a suave cameo from award-winning Country hit-maker Lee Brice make “Room To Breathe” a must-see video event. Watch it HERE.

The action-packed feature, directed by Jeff Johnson, marks Bryant’s first stab at acting as well as screenwriting. Bryant co-wrote and conceptualized the video alongside Johnson, spurned by a late-night movie marathon on tour.

“Anyone that knows me knows that I am obsessed with James Bond movies. I was on the bus one night watching ‘Casino Royale’ and I thought – how cool would it be to recreate the style of this movie and the attitude of James Bond into a music video? ‘Room To Breathe’ is a seductive sort of song about never wanting to leave a girl. I wanted to do something different and push the limits with this music video,” said Bryant.

One of music’s hottest up-and-comers, “Room To Breathe” is the follow-up to Chase Bryant’s Top 3 smash “Little Bit Of You.” Bryant’s new single has earned rabid reviews from critics who have hailed the song as “Seductive” (Billboard); “Alluring” (Rolling Stone); and declared “Chase Bryant is back and better than ever” (Sounds Like Nashville).

Co-written and co-produced by Bryant, “Room To Breathe,” serves as a candid representation of the celebrated young star’s artistic revolution, evidenced by the track’s vocal swagger, sweltering lyrics and captivating melodies. Bryant – known for his guitar-wielding prowess – doesn’t disappoint with his execution of the single’s electrifying guitar solo. In fact, Bryant performed nearly every guitar part on the song’s studio recording.