Exclusive Behind the Scenes Footage on Quayle's Shazam Page November 9 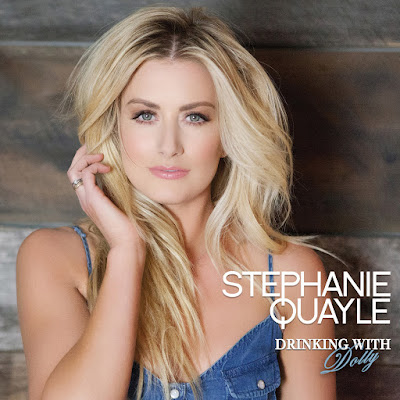 
‘’In ‘Drinking With Dolly’, Stephanie Quayle paints a beautiful picture in this touching tribute to Dolly Parton and other female country icons who have inspired a generation of fans & artists” said Leslie Fram, Senior Vice President of Music Strategy at CMT.

Directed by Matthew DeLisi (Kris Allen, Judah and the Lion) and shot in Nashville, Tennessee as well as The Wren Nest farm in Murfreesboro, Tennessee, the video portrays a young Stephanie Quayle growing up listening to her a.m. radio and follows her journey to a present day artist readying for the big stage. In a nod to the songwriting community, Rachel Proctor, one of the co-writers of the song, makes a cameo appearance as Stephanie’s mother while her daughter, Olivia, plays the youngest Stephanie character. The video also features a surprise shoutout to Stephanie’s loyal fan base, known as the “Flock Of Quayle,” and a handful of subtle Dolly references throughout.

“’Drinking With Dolly’ is so special because the beautiful women in this song have helped shape me into the artist I am today," says Stephanie Quayle. "I remember racing to the barn and listening to country music on a tiny little AM radio. That is where I fell in love with music. From the front porch, to the barn, to nervously getting ready in a hs bathroom with my guitar, these moments are my story. What better way to express how much this song means to me than to take it back to where it all began."

Victoria Banks, one of the co-writers to the song says, “Stephanie’s voice brings to life all the longing we put into this song…longing for a sweeter, simpler time in country music history when iconic women ruled the airwaves and hairdos were jacked up to Jesus.”

Posted by LovinLyrics at 8:42 AM