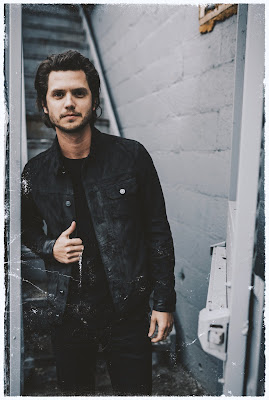 After a string of successful releases on SiriusXM’s “The Highway,” Steve Moakler will headline The Highway Finds Tour this spring, with special guests Drew Baldridge and Smithfield. The singer-songwriter, who launched as a Highway Find in 2016 and has since climbed the chart on “The Highway” with two successful singles, will headline the 26-city tour, crisscrossing the country beginning March 16.

The Highway Finds Tour is the first ever country tour initiative by SiriusXM’s “The Highway” and will include stops in Boston, New York, Nashville, Chicago and more.

“This will be our fourth consecutive spring headline tour, but I can already tell this one is going to be on another level,” said Moakler. “Between 'The Highway'’s support, a brand new album, and two great opening acts, I think these are going to be our most exciting shows to date. I can’t wait to get out and connect with all of our listeners, both new and old!”

Moakler has had success with back-to-back hits, “Suitcase” and “Love Drunk.” The “in-demand artist” (Taste of Country) has also landed on more than 20 “artist to watch” lists including CMT, Huffington Post, Nashville Lifestyles, Rolling Stone Country and more. His energetic 60+-minute set will include SiriusXM favorites, as well as new music from his soon-to-be-announced, forthcoming album due later this year.

“We’re extremely excited to announce The Highway Finds Tour, as an excellent opportunity to showcase these tremendous talents!," said J.R. Schumann, Senior Director, Music Programming, SiriusXM. "As we continue our commitment to discovering and breaking new artists, this tour is a natural extension. This is going to be a lot of fun!”

Last summer Moakler joined Billy Currington and Kelsea Ballerini on the Summer Forever Tour. He was then tapped as direct support on Old Dominion’s Meat and Candy Tour through the end of 2016.

The Pittsburgh native moved to Nashville in 2006 to pursue a career in music and has since established himself as a prominent songwriter, penning numerous songs recorded by artists like Jake Owen, Ben Rector and, most recently, Dierks Bentley with his chart success and title track, “Riser.”

The Highway Finds Tour dates are as follows: