THE BIG INTERVIEW RETURNS TO AXS TV FOR A STAR-STUDDED FIFTH SEASON KICKING OFF TUES., FEB. 14 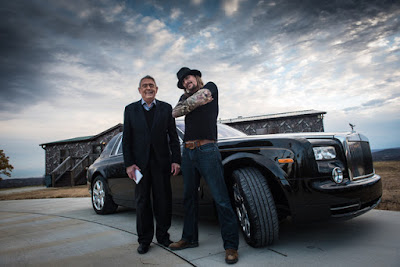 THE BIG INTERVIEW returns to AXS TV for a star-studded fifth season, premiering Tuesday, February 14 at 8pE/5pP. Hosted by reporting veteran Dan Rather, the series boasts exclusive, in-depth discussions with some of the biggest names in entertainment, as the celebrated journalist gets his subjects to open up as only he can.

“For over 60 years, Dan Rather has been one of the most respected names in journalism,” said Michele M. Dix, AXS TV’s senior vice president, programming and development. “His unprecedented ability to connect and get his subjects to candidly speak about their lives and careers adds a new depth to his interviews, giving viewers a chance to see a side of their favorite artists that isn’t often made visible to the public.”