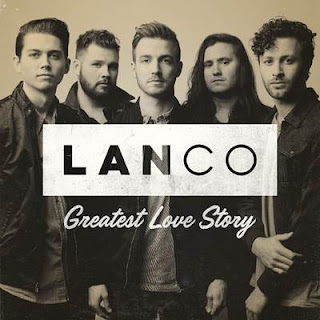 LANCO, released their new single “Greatest Love Story” to country radio this week, which is available at all digital retail partners now. “Greatest Love Story” goes for adds on March 6 and has already garnered an impressive 9 million streams, landing the band on the Bobby Bones' highly-regarded “Bobby’s Class of 2017” list.

Written solely by lead singer Brandon Lancaster, “Greatest Love Story” tells a timeless story of a relationship that sustains the spans of years and distance. Lancaster reveals the narrative behind writing the song in the single’s lyric video, premiering today on PEOPLE.com.

“I wrote this one day sitting alone in my apartment, and then I took it to rehearsal to work it up with the guys. We knew that night that there was something different about this song,” said Lancaster. “It’s the one in the set where everyone gets quiet, so they can listen to the lyrics. For a songwriter, that’s the ultimate compliment.”