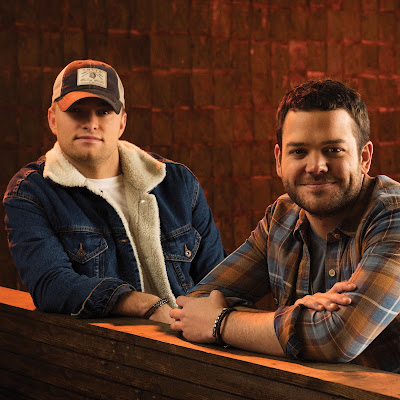 Wheelhouse Records’ burgeoning duo Walker McGuire (comprised of Jordan Walker and Johnny McGuire) propel onto Country radio today (4/10), with its highly buzzed about first single “Til Tomorrow.” Declared by Rolling Stone Country to be “poised for a mainstream breakthrough in 2017,” Walker McGuire’s“Til Tomorrow” debuted with 41 first-week stations onboard, securing a Top 3 Most Added Single on the Mediabase U.S. Country Radio Chart this week.

Additionally today (4/10), VEVO unveiled the exclusive premiere of the Mason Dixon-directed music video for “Til Tomorrow.” Keeping with the song’s theme of picking up the pieces in the aftermath of a broken relationship, the video follows two different couple’s night out on the town while also showcasing magnetic performance scenes from the budding duo. Watch the music video HERE and go behind-the-scenes of the video with Sounds Like Nashville HERE.

Produced by hitmaker Mickey Jack Cones (Dustin Lynch, Joe Nichols), “Til Tomorrow,” has proven to be an early organic hit earning a remarkable 18 MILLION+ Spotify streams. Walker McGuire is currently on the road visiting Country radio and performing headlining shows throughout the U.S. in support of the new single and forthcoming debut project, due out on Wheelhouse Records later this year.

Posted by LovinLyrics at 1:23 PM