Grammy, ACM, CMA, and AMA award winning country artist, Gretchen Wilson, has been chosen as NRA Country’s Featured Artist for June. As part of the promotion starting Monday, June 5, fans can enter for a chance to win an autographed copy of Wilson’s newest CD release and an NRA Country/Gretchen Wilson Merchandise Pack.

After an almost three-year pause to focus on raising her daughter, Wilson is back in the country scene with new single, “Rowdy,” followed by a new album release in mid-June and a nationwide summer tour. 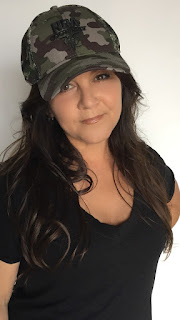 “I recently moved from a farm to a neighborhood, so my daughter could study theatre in high school- she’s incredibly talented.” Gretchen Wilson said. “I just love being outside. I mow the grass every few days just to have something to do outside! I’m sure I came up with some the song ideas for my new record in my backyard. I miss riding through the woods on four wheelers and having target practice out in the field, but we do pretty much anything for our kids, don’t we?”

In May of this year, Wilson was featured as a surprise guest for the Hank Williams Jr. concert at the NRA Annual Meeting in Atlanta.

Learn more and get NRA Country connected at www.NRACountry.com. Fans can keep up with Gretchen Wilson on Twitter and Facebook!
Posted by LovinLyrics at 3:28 PM