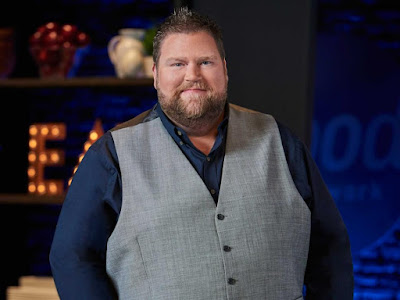 No stranger to country music fans, Rusty Hamlin, the executive touring chef for Zac Brown Band is a finalist on season 13 of Food Network Star, premiering this Sunday, June 4 at 9/8c on the Food Network!

Raised on Cajun cuisine and a graduate of the Culinary Arts Institute of Louisiana, Hamlin now resides in Georgia where his cooking is rooted in Southern flavor, tradition and of course, good music. With a personality bigger than the Southeast itself, Rusty is ready to show viewers just what he's made of. His cooking is a reflection of who he is, a homegrown guy known for infusing sophisticated flavor and finesse into classic American dishes.

It won't be long before families find themselves inviting Hamlin into their households every Sunday night as Food Network Star launches into an all-new season. You can follow his journey by keeping up with him on Facebook, Twitter and Instagram.

More info about the show and Rusty’s journey on the Food Network website, Atlanta Journal-Constitution and Forbes Travel Guide!
Posted by LovinLyrics at 2:47 PM