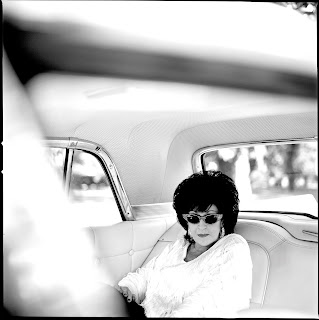 One of music’s most enduring and beloved recording artists will be returning to a familiar stage this weekend, as Wanda Jackson makes a rare appearance on the Grand Ole Opry this Saturday, June 17.

"I've listened to the Grand Ole Opry since I was a small girl. It's really nice going back to be on the Opry stage. I look forward to performing Saturday night," said Jackson.

Jackson's debut performance on the Opry stage took place in the 1950s at the historic Ryman Auditorium in downtown Nashville. This will be her first appearance on the show since 2011, when she appeared with Rock and Roll artist Jack White of The White Stripes.

A native of Maud, Oklahoma, Jackson has enjoyed success in a wide variety of formats, perhaps being best-known for being billed as one of the earliest female pioneers of rockabilly. “Hot Dog! That Made Him Mad” and “Let’s Have A Party” were two of her earliest hits in this vein. The latter was also recorded by Elvis Presley, whom Jackson briefly dated in the late 1950s. She scored with cross-over hits such as “Right Or Wrong” and “In The Middle Of A Heartache,” which were Top 30 hits on both the Billboard Country charts, as well as the Hot 100.

A 1963 album, Two Sides Of Wanda, helped to further introduce her to Country fans. The Grammy-nominated disc foreshadowed many hits in the format for Jackson in the 1960s and 1970s, including “The Box It Came In” and “Tears Will Be The Chaser For Your Wine.” She also enjoyed several hits in the gospel field for Word and Myrrh Records.

In recent years, appreciation of Jackson and her music have grown to include multiple generations. She is a member of the Oklahoma Music Hall of Fame and the Rockabilly Hall of Fame, as well as the Rock and Roll Hall of Fame, of which she became a member in April 2009. She was named as one of CMT’s 40 Greatest Women In Country Music during a 2002 special, and was presented with the Lifetime Achievement Award for Performance from the Americana Music Honors and Awards by White in 2010. White produced her 2011 disc, The Party Ain’t Over, which earned rave reviews from critics, as well as guest shots on such programs as Conan and The Late Show with David Letterman.

Jackson continues to perform and record, working on a new album, set for release later in 2017. She collaborated with Pistol Annies member Angaleena Presley on “Good Girl Down,” which appears on Presley’s newest album, Wrangled. Presley will also be making an appearance on the Opry Saturday evening.
Posted by LovinLyrics at 3:39 PM