CALIFORNIA SUNRISE IS NOMINATED FOR ACM AWARDS ALBUM OF THE YEAR AND HIGHLIGHTS PARDI AS ARTIST, CO-PRODUCER AND SONGWRITER 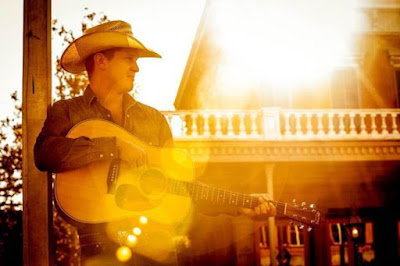 ACM Awards nominee Jon Pardi will make his debut performance on ABC’s "Jimmy Kimmel Live!" on Tuesday (3/6). Pardi's GOLD-certified album California Sunrise is nominated for ACM Awards Album Of The Year and highlights him as the artist, co-producer and songwriter on several of the tracks. Tune in to watch a special performance of his current single "She Ain't In It" and his #1 hit "Heartache On The Dance Floor" on ABC’s “Jimmy Kimmel Live!” on Tuesday, March 6th at 10:35 CST or check local listings for air-times.

“She Ain’t In It” follows three consecutive #1 hits including “Dirt On My Boots,” Platinum-selling “Head Over Boots” and “Heartache On The Dance Floor.” The song about long-lost love was written by Clint Daniels and Wynn Varble. Billboard called it “...a stone-cold weeper that would make George Strait nod with approval.” Directed by Jim Wright, the song’s cinematic music video was filmed entirely in black-and-white and debuted exclusively on Entertainment Tonight. View it HERE.

The reigning CMA New Artist Of The Year and ACM New Male Vocalist is performing nationwide with Miranda Lambert’s Livin Like Hippies Tour and will join Luke Bryan’s What Makes You Country Tour this summer. Pardi was nominated for iHeartRadio Music Awards Country Song Of The Year (“Dirt On My Boots”) and was also nominated for Best New Country Artist. Most recently, he was featured in two large-event TV commercials including Michelob ULTRA’s “I Like Beer” campaign, which aired during the Super Bowl and the “truth” campaign, which aired during the Grammy Awards.
Posted by LovinLyrics at 4:21 PM