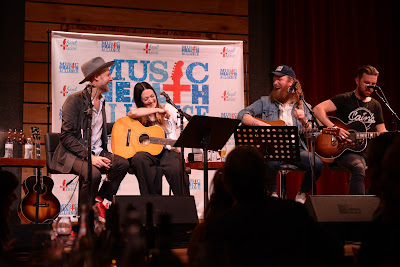 Reigning ACM and CMA Vocal Duo of the Year Brothers Osborne, prolific hit-maker Kelly Archer, all-around entertainer Mac Davis and ACM, NSAI Song of the Year winner Natalie Hemby took the stage to a sold-out crowd at City Winery Nashville last week to perform the very first and worst songs they have ever written as they divulged the stories and the songs that led to their biggest hits, all to benefit Music Health Alliance. The fourth annual “The First And The Worst” event raised more than $127,000 for the non-profit, which provides access to invaluable healthcare support and services, at no cost to members of the music industry. Since 2013, Music Health Alliance has saved over $30 million dollars in lifesaving healthcare and insurance premiums and served over 8,000 people in the music community. Learn more at musichealthalliance.com.

Songwriter Sandy Knox (“Does He Love You?,” “Why Haven’t I Heard From You?”) was the first to take the stage, sharing the inspiration behind “The First And the Worst” before humbly performing her not-so-memorable  song “Mr. Flirt.”

Highlights from the evening of first and worst songs from Nashville’s most esteemed talents included Kelly Archer’s “Da-dang,” Brothers Osborne’s “Tampon Song,” Mac Davis’s ode to Putin and gluten, and the Crappy award-winning song of the night, Natalie Hemby’s “In-Breeding.”  And the night wouldn’t be complete without a performance of the writer’s biggest hit songs. 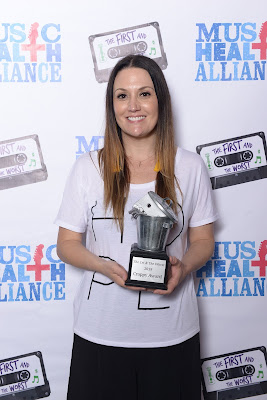 Natalie Hemby, winner of the 4th annual "The First And The Worst" tongue-in-cheek Crappy Award

"Music Health Alliance can continue to provide life-saving services at no cost because so many people bought tickets, bid on auction items and made donations at our event last week,” shared Music Health Alliance Founder and CEO, Tatum Hauck Allsep. “There is nowhere else to see legendary songwriters fighting over who penned the absolute worst song. It's hysterical and a great reminder that we all have to start somewhere." 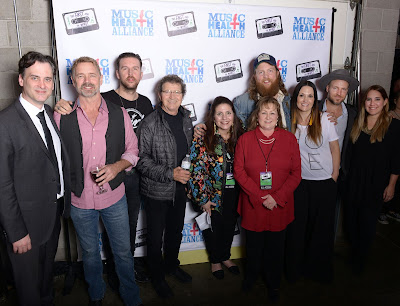 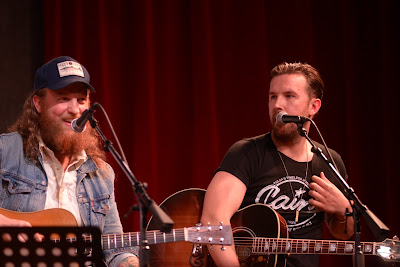 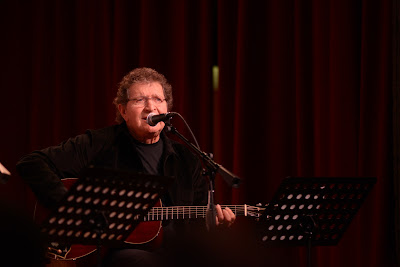 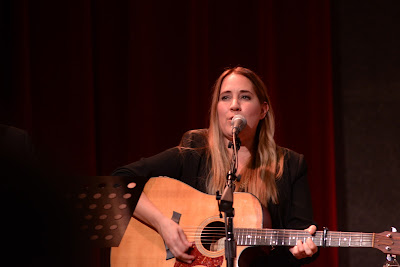 “The First And The Worst” – an evening of really bad songs by really good writers – showcased songwriters Archer, Brothers Osborne, Davis, Hemby, and Archer as they divulged the stories and the songs that led to their biggest hits. Hosted by music historian and musician Peter Cooper, this unique event allowed the audience to peek inside the brilliant minds of hit songwriters long before they had ever written a chart-topper or had songs recorded by superstar artists, all for a worthy cause. Proceeds from “The First And The Worst” benefit Music Health Alliance, the music industry’s non-profit healthcare advocate. Funds raised help Music Health Alliance Protect, Direct & Connect music industry professionals with medical and financial solutions.
Posted by LovinLyrics at 4:56 PM