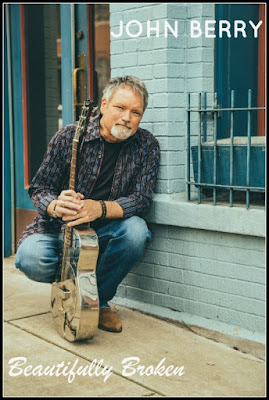 ACM, CMA, and Grammy award-winning Country artist, John Berry, has released the title track for Big Film Factory&#39;s exhilarating new feature film, Beautifully Broken to radio. The song, which features heartfelt lyrics, is perfectly paired with the compelling film that tells the riveting true story of three families, worlds apart, whose paths seem unlikely to cross. Each family faces a crisis beyond their control and is forced to make difficult decisions. Those decisions set in motion a series of events that leads to their lives becoming intertwined in ways they could have never predicted or imagined. Their journeys reveal the divine tapestry of God&#39;s love and guidance, and they learn firsthand the power of forgiveness andreconciliation. Fans can view the trailer at beautifullybrokenmovie.com.

Chuck Howard (Beautifully Broken, I’m Not Ashamed, and award-winning music Producer honored by Billboard Magazine for having the biggest Billboard single in the first 100 years of the magazines history with“How Do I Live,” as well as the longest-running single on the Billboard Christian chart with “You Light Up My Life.”) produced the track, which is now at radio. John Berry commented, “I received a text from my friend and producer Chuck Howard saying, ‘I have a song you need to sing’ followed by a rough edit of the film ‘Beautifully Broken.’ I watched the film and was moved to tears… I called Chuck and told him, ‘I’m sure the song is great and I look forward to hearing it, but regardless of the song, I want to be a part of this film any way he could use me; people need to see this film!’ Of course, thesong is an amazing work in and of its self, but this song in this film, wow! It was such an honor to sing and be a small part of this story.”

Beautifully Broken will be screened during the National Religious Broadcasters Proclaim 18 International Christian Media Convention (NRB Proclaim 2018 Convention) in Nashville on Thursday, March 1, 2018, from 1:00-3:00 p.m. CT. The film will be screened in the Delta A Ballroom at the Gaylord Opryland Resort and Convention Center. Registered attendees will gain free admittance with their Proclaim 18 badge.

In addition to John Berry, the movie features songs by Dove Award winner, Plumb, and appearances by Hollywood actors including Oscar nominee Eric Roberts and Benjamin Onyango (God's Not Dead, Inception), and television personality Thomasina & Goo Goo Atkins (Mary Mary), Christian music fans will also recognize CCM legends Toby McKeehan and Michael W. Smith making appearances in the film– McKeehan playing himself, and Smith in the role of Pastor Henry.
Filmed on location in Port Alfred, South Africa and Baton Rouge, Louisiana, Beautifully Broken is directed by Eric Welch (DC Talk: Welcome to the Freak Show) and written by Brad Allen, Chuck Howard and Martin Michael (I Am Not Ashamed), along with Mark McCann (Harmony). It is produced by Allen, Michael and Howard, along with Lisa Arnold (Caged No More), Jarred Coates (God's Not Dead), Michelle Duffie (War Room, The Shack), and executive produced by Randy Hartley (Through the Valley).

The film has been getting positive reviews and filling up advance release theater screenings.